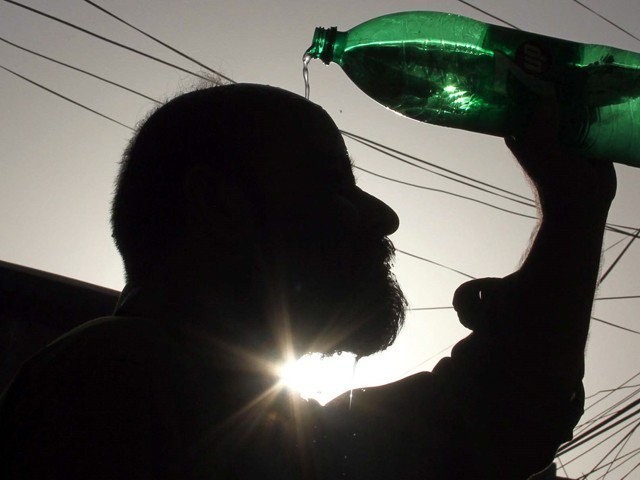 ISLAMABAD: South Asia could be hit with deadly heatwaves by the end of this century that humans wouldn’t survive in, research has found.

This was revealed in findings, based on detailed computer simulations using the best available global circulation models, were published by Massachusetts Institute of Technology (MIT) researcher Elfatih Eltahir in the journal “Science Advances”.

The study found that climate change could lead to summer heat waves with levels of heat and humidity that exceed what humans can survive without protection, in South Asia, a region where one-fifth of the world’s people live.

Under business-as-usual scenarios, without significant reductions in carbon emissions, the study shows that such deadly heat waves could begin within as little as a few decades — striking regions of India, Pakistan and Bangladesh, according to researchers.

They also suggested that it could hit the fertile Indus and Ganges river basins that produce much of the region’s food supply.

The study follows an earlier report by Eltahir, which looked at projected heat waves in the Persian Gulf region. The number of extreme-heat days projected there were even worse than for South Asia, but Eltahir said the impact in the latter area could be vastly more severe.

While the Persian Gulf area has a relatively small, relatively wealthy population, and little agricultural land, the areas likely to be hardest hit in northern India, Bangladesh, and southern Pakistan are home to 1.5 billion people.

Such areas are also among the poorest in the region, with much of the population dependent on subsistence farming that requires long hours of hard labour out in the open and unprotected from the sun.

The new analysis is based on recent research showing that hot weather’s most deadly effects for humans come from a combination of high temperature and high humidity, which is measured by a reading known as wet-bulb temperature.

At a wet-bulb temperature of 35 degrees Celsius, the human body can’t cool itself enough to survive more than a few hours.

Actual readings in the Persian Gulf region in the summer of 2015 show that the 35-degree wet-bulb limit had almost been reached already, suggesting that such extremes could begin earlier than projected. The summer of 2015 also produced one of the deadliest heat waves in history in South Asia, killing an estimated 3,500 people in Pakistan and India.

According to scientists, Northern hemisphere summers will deliver dangerously longer heatwaves, droughts and bouts of rain even if humanity manages to cap global warming at two degrees Celsius.

Karachi begins to swelter as Sindh braces for heatwave

With one degree of warming since pre-industrial times so far, extreme weather of this kind has already become more intense, with a single heatwave in 2003 leading to 70,000 excess deaths in Europe alone.

But the new study, published in the journal Nature Climate Change, is the first to quantify how much longer such events are likely to last if temperatures rise another degree.

“We could see a significant shift in summer weather conditions,” said lead author Peter Pfleiderer, a doctoral researcher at Humboldt University in Berlin.

“Extreme weather would become more persistent — hot and dry periods, as well as consecutive days of heavy rain,  would all get longer.”

Even small increases in the duration of extreme weather events can have devastating impacts on human health, food production, biodiversity and even economic growth.

Many scientists, however, say 1.5C is no longer within reach — CO2 emissions have climbed to new records for the last two years, and are on track to do so again in 2019.