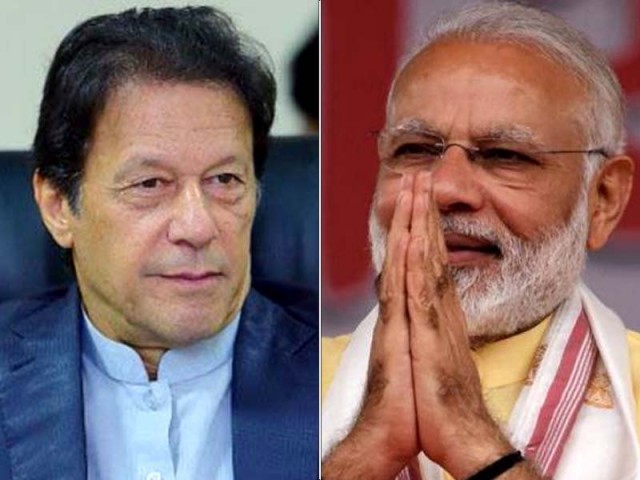 ISLAMABAD: A number of influential countries has started frantic efforts aimed at persuading Pakistan and India to open some channel of communications amid distressing signals that the two nuclear-armed neighbours may be on the path to a serious conflict.

Diplomatic sources with the knowledge of behind-the-scenes efforts told the Express Tribune that the US and other powerful countries are in touch with Islamabad and New Delhi with the sole purpose of defusing the brewing tensions triggered by Prime Minister Narendra Modi’s decision on August 5 to illegally annex the disputed territory of Jammu and Kashmir.

But unlike the past, this time Pakistan has put forward certain preconditions before entering into any engagements with India, said the sources.

Those preconditions include immediate lifting of curfew and release of all Kashmiri political leaders in the occupied territory.

Prime Minister Imran Khan in his recent article published in the New York Times also alluded to the willingness of Pakistan engaging with India but only after Modi’s government would reverse what he calls the illegal annexation of Kashmir.

Foreign Minister Shah Mehmood Qureshi told reporters in Multan on Sunday that Pakistan had never shied away from bilateral dialogue with India.

However, he added that the current circumstances were not favorable for any negotiations. Qureshi reiterated the prime minister’s stance that now India had to meet certain conditions before any engagement.

On the contrary, the sources claimed that India, which for so long continued to rebuff Pakistan’s peace overtures, is now willing to open a channel of communications.

A senior government official said Pakistan would neither enter into any talks with India nor review some of the decisions taken after August 5 under the current situation.

The official, who spoke on the condition of anonymity, added that New Delhi appeared to be “playing smart here”.

“By telling the international interlocutors of its readiness for normalising ties with Pakistan, India wants us and the rest of the world to accept the new normal it is trying to establish in [occupied] Kashmir,” the official explained.

Against this backdrop, the official said now the government has adopted a clear stance that no talks could take place with India until the circumstances return to pre-August 5 situation or close to it.

The international players are not only pushing for talks but also trying to convince Prime Minister Imran to stop attacking Narendra Modi.

However, Imran, according to the sources, refused to back down from his approach until Modi’s government is persuaded to change its “reckless” policies.

But despite getting a lukewarm response from Islamabad, the international players have not given up their efforts.

But Pakistan’s assessment has painted grim prospects in the foreseeable future.

Also, policymakers feel that the government needs to keep up the “heat” on India — at least till the UN General Assembly session.

There is a sense in Islamabad that despite muted reaction by some countries to Modi’s Kashmir move, India is coming under increased world pressure with reports of humanitarian crises unfolding in the valley.

The officials said contrary to the Indian government claims that “all is well” in occupied Kashmir, the reports of increased human rights violation are slowly getting traction across the globe.

The latest example, according to the officials, is the strong statement came from US Democratic Presidential candidate Bernie Sanders, who called the Indian actions in occupied Kashmir as unacceptable and more importantly urged for the UN-backed peaceful solution to the longstanding Kashmir dispute.

“Pakistan would certainly like to capitalise on this momentum instead of giving safe passage to India by accepting any talks offer at this stage,” said a Foreign Office official.