Adds that Russia­n and Syrian warpla­nes had not carrie­d out raids in the region recent­ly
By Reuters
Published: September 1, 2019
Tweet Email 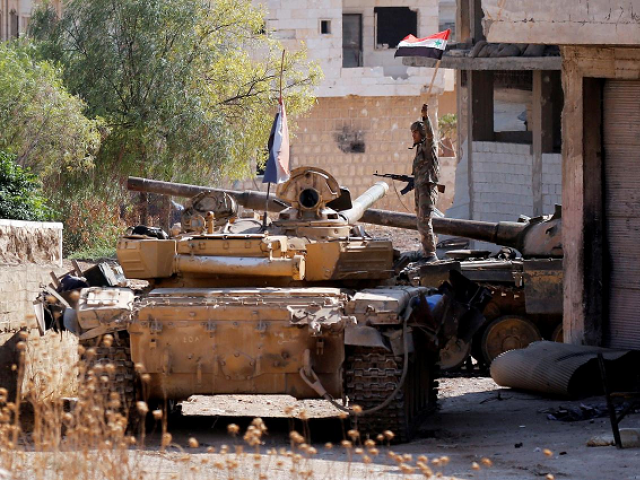 A Syrian army soldier holds a Syrian flag as he stands on a military vehicle in Khan Sheikhoun, Idlib, Syria, August 24, 2019. PHOTO: REUTERS

TASS news agency, citing the Russian defense ministry, said the United States had forewarned neither Russia nor Turkey about the strikes. It added that Russian and Syrian warplanes had not carried out raids in the region recently.

On Saturday the US Central Command, part of the Department of Defense, had said that US forces struck an al Qaeda facility north of Idlib in Syria in an attack aimed at the organisation’s leadership.

The Syrian Observatory for Human Rights said air strikes pounded bases belonging to militant fighters in Syria’s northwest. The UK-based monitor said the strikes, near the town of Maarat Misrin in Idlib province, killed more than 40 militants, including some commanders.

Interfax news agency cited Russian military as saying that the United States carried out air strikes in the region between Maarat Misrin and Kafer Haya in Idlib on Saturday.

US air strikes have hit a number of Nusra commanders in northwest Syria in recent years.

Russia’s defense ministry on Friday said that Syrian government forces would carry out a unilateral ceasefire in the de-escalation zone on Saturday morning.