She says that insaf cards will be given to differ­ently-abled person­s in the countr­y under the Ehsas progra­mme
By ​ Our Correspondent
Published: September 1, 2019
Tweet Email 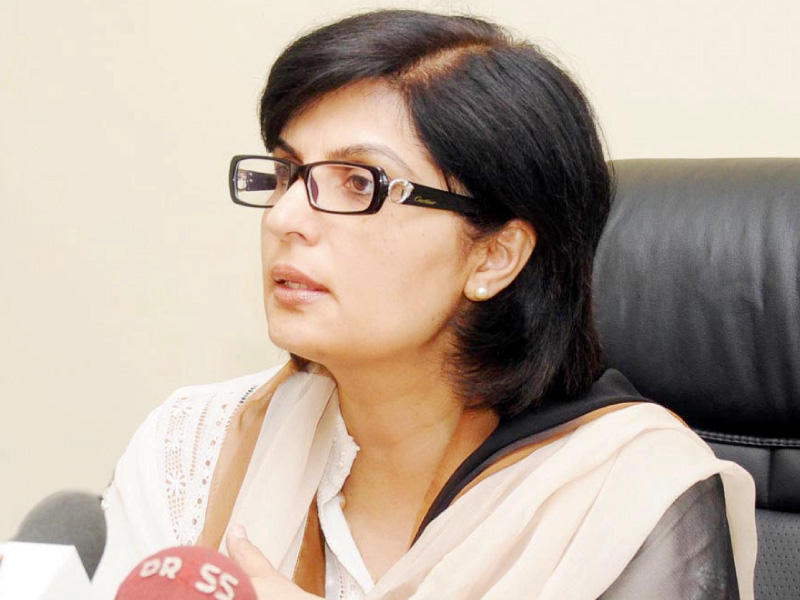 KARACHI: Chairperson of Prime Minister’s Ehsas Programme Sania Nishtar said on Saturday that corruption on a large scale was committed in the Benazir Income Support Programme (BISP). Addressing a media briefing after the Ehsas programme at the Governor House, she said that the BISP was an excellent effort but with serious flaws.

Nishtar said that insaf cards would be given to differently-abled persons in the country under the Ehsas programme.

She added that a BISP meeting had not been held since several years while assuring that the BISP programme would continue. “Neither will it shut down, nor will its name be changed,” she said.

Meanwhile, President Dr Arif Alvi appreciated the Sindh government for initiating public friendly laws while inviting it to partake in Ehsas programme in the larger interest of people. He said that this was not about political scoring but about paying back to the country and its people who have placed their trust in their representatives. Stressing that education, health and poverty alleviation are closely linked, he said that there was the need to capture the culture of elitism manifested in the form of corruption.

*With additional input by PPI