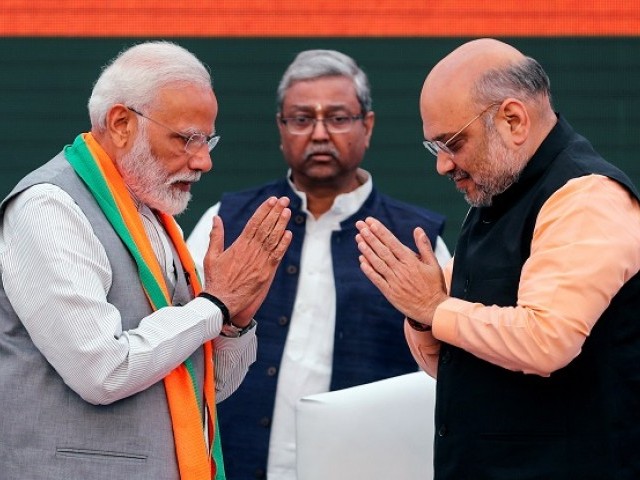 Gandhi’s concept of Satyagraha (the force that is born out of love and truth) has been put to death in Kashmir by the Indian government. PM Modi’s “Kashmir vision” is undemocratic, ruthless and has created a political vacuum. Everyone is asking one question — “ab kia ho ga?” (What’s next?)

In the short term, the world awaits the lifting of the curfew. There is a limit to which Modi and his accomplices can drag the imposed curfew in Kashmir. There is also a limit to which the people of Kashmir can sustain the suffering this curfew brings. In the long run, can the voice of over 800,000 people be silenced? India cannot continue with the imposed curfew in Kashmir for a very long time and without it, the subdued and subjugated people of Kashmir will be unrelenting in their demonstrations to seek nothing less than independence.

The whole idea of subjugating the people of Kashmir through occupation and conquest is based on a false premise. You cannot persecute people only because of who they are i.e. Muslims. PM Imran Khan is right in saying that the world would never have slept as it has if the people of Kashmir had not been Muslims. In the last 25 days, the world has clearly shown and demonstrated how moral it is: not enough.

WWII introduced us to two fascists — Hitler and Mussolini. Like PM Modi, both achieved power through democratic means and later murdered democracy. All fascists may not be alike but there is one similarity amongst them all: they speak the language of violence. Italy was tied to Germany as part of the Axis power in the same way as India is tied to Israel today. It took the world 20 years and numerous civilian deaths to finally bring down the curtain on Mussolini’s fascism. Two days after Mussolini’s death (April 30, 1945), Hitler committed suicide in Germany. Their tyrannical period showed the world the two kinds of fascists that exist, those that give orders and those that obey them.

There are two examples that one can quote on the awakening of the world’s conscience. They are of Bosnia-Herzegovina and Kosovo where the Muslims were persecuted and killed by the Serbs. The Serbs stopped playing the bully only when Nato reacted. But that happened only after the Serbs had murdered many innocent Muslims, including the 7,800 Muslim men and boys that General Ratko Mladic’s troops executed in and around Srebrenica and buried in mass graves. With access to Kashmir blocked and no information trickling out, the world can expect the worst from Hitler and Mussolini’s copycat, PM Modi.

Kosovo’s story of hate and revenge between the Serbs and Kosovars was quite similar to the one between the Hindus and Muslims in India. In 1389, Serbs in Kosovo suffered defeat at the hands of the Ottoman Empire. Their leader was captured, brought before the sultan and beheaded. Through the centuries, Serbs hungered to avenge this loss, similar to the hunger India suffers from today, courtesy the Hindutva ideology propagated by Modi.

The minority Serbs living in Kosovo complained about being driven from their ancestral homes by Muslims as the Hindu pundits do in Kashmir. Like Modi in Kashmir, Milosovic revoked the privileges granted to the Kosovan Muslims that made up 90% of Kosovo’s population.

Milosevic’s tyranny created the Kosovo Liberation Army (KLA). When the world finally intervened, it granted Kosovo autonomy, forced KLA to disarm and, most importantly for the satisfaction of the Serbs, put Kosovo’s demand for independence on a long and deep hold. Today, the Republic of Kosovo is still a partially recognised state and a disputed territory in south-eastern Europe.

Like all other fascists in the past, Modi is also not looking at the problem of Kashmir as religious, ethnic, political or diplomatic. All he sees is an enemy he wants to defeat and destroy.