The 22-year-old model looked uncann­y to the Prince­ss of Wales, replic­ating some of Diana's most iconic off-duty...
By Entertainment Desk
Published: August 31, 2019
Tweet Email 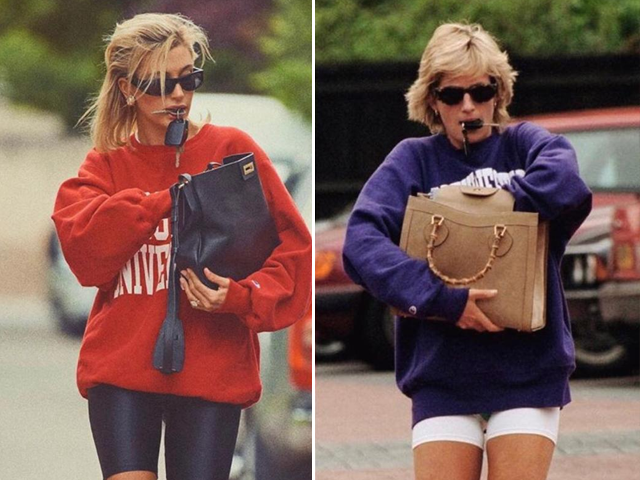 The 22-year-old supermodel looked uncanny to the Princess of Wales in a series of photos, replicating some of Diana’s most iconic off-duty looks, breaking boundaries by ignoring royal dress code. The campaign, shot by Gregory Harris, will be featured in Vogue Paris’ September 2019 issue. 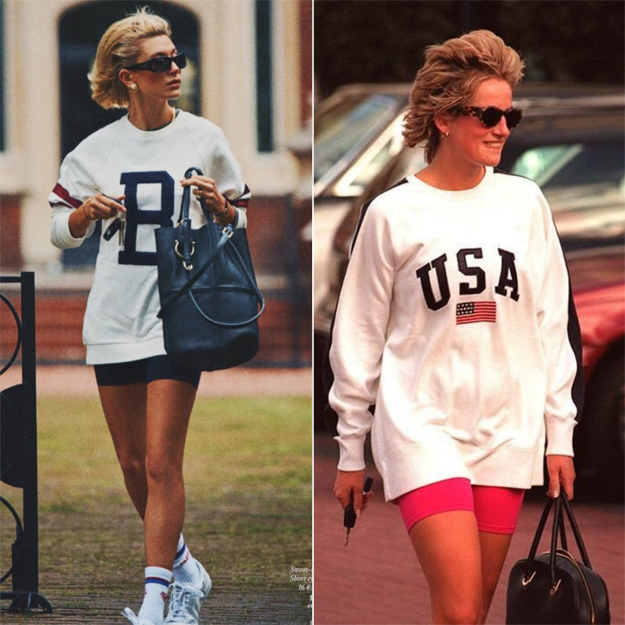 The Princess of Wales, who tragically passed on August 31,1997, left a legacy of rule-breaking outfits that became an extension of her iconic role in history. And with 22 years passing since her death, Diana’s personal style is even more relevant in modern day. 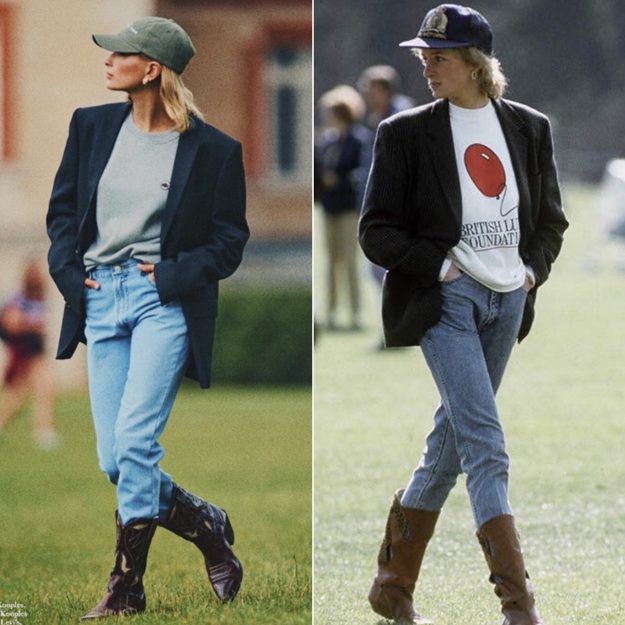 Hailey’s reinterpretation of Princess Di isn’t far off from her own personal style. Known for making a statement by blending sportswear into everyday wear, using oversized silhouettes balanced out by fitted elements, Hailey’s outfit formula is the perfect marriage between athletic and sexy.

Key ingredients include a crewneck, biker shorts and a cool pair of kicks — just like Diana. 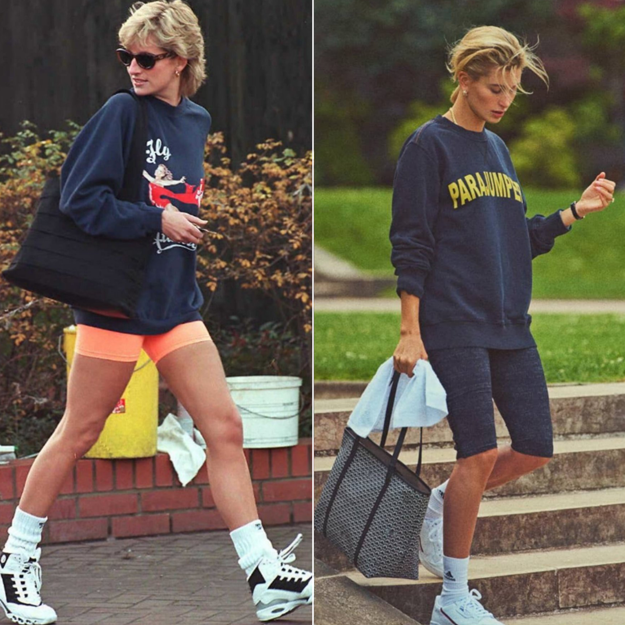 When sharing visuals from the shoot to Instagram, Bieber gave credit where credit is due. “All credit and inspo to the amazingly beautiful and iconically stylish Princess Diana who I’ve looked to for style inspiration for as long as I can remember,” she wrote. “Thank you for leaving behind such an iconic fashion and style legacy.”