The court also impose­d a fine of Rs one millio­n on each crimin­al
By ​ Our Correspondent
Published: August 30, 2019
Tweet Email 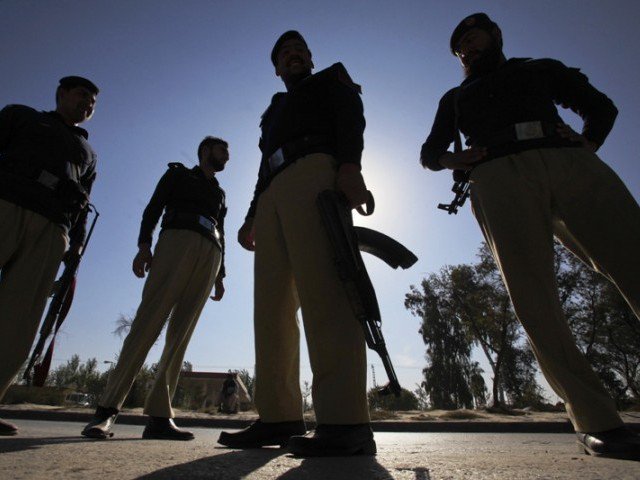 KARACHI: An Anti-Terrorism Court sentenced three criminals to life imprisonment in a case pertaining to police encounter and murder.

ATC No. 10 awarded the sentence to three criminals while announcing the verdict at the Karachi Central Jail. The court sentenced each of the criminals to life imprisonment in the murder case and awarded an additional 10 years of imprisonment for the police encounter. Besides, the court also imposed a fine of Rs one million on each criminal.

The convicts include Wahid alias Sajid alias Imtiaz alias Phora, Ahsan Shabbir alias Babu alias Big Shoe and Qamar alias Kami alias Kamran. The court also acquitted one of the accused identified as Muhammad Akhlaq due to lack of evidence against him.

According to the police, the convicts had attacked a police party in Orangi Town in the jurisdiction of Iqbal Market Police Station on March 20, 2014. Head Constable Mehboob Alam Khan was killed and Constable Farooq was injured in the attack.

Meanwhile, an ATC adjourned the hearing of Intezar murder case due to the absence of the petitioner’s counsel.

The ATC was hearing the case at the Karachi Central Jail, where the arrested accused were presented before the court by jail officials. The petitioner and his counsel, Salahuddin Panhwar didn’t appear before the court. The court adjourned the hearing till September 16 due to their absence.

According to the police, eight ACLC police officials have been arrested in the Intezar murder case. The case has been registered at Darakshan Police Station.

Three homeless labourers killed while they slept in Clifton park