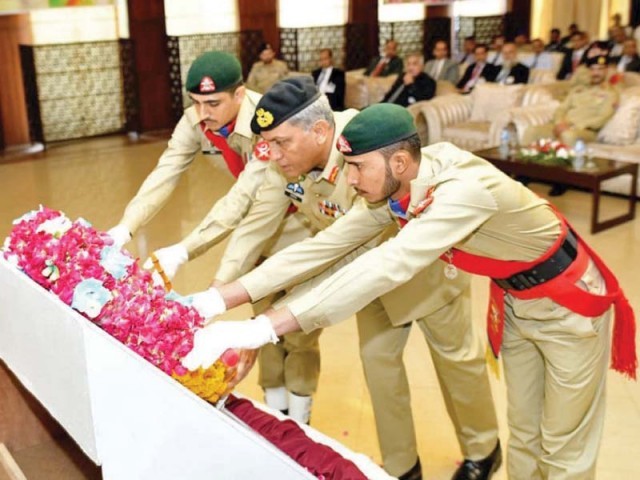 The eleventh anniversary of the martyrs of Pakistan Ordinance Factory (POF) was observed at Wah Cantt on Wednesday. Seventy POF employees embraced martyrdom in two suicide attacks at POF gates on August 21 2008, said a press release. In order to pay tribute to these shahadahs, this day is observed in POF every year and a special ceremony is arranged. This year too, a simple but impressive function was held to pay homage to these Shuhada. POF Board Chairman Lt Gen Sadiq Ali said: “We salute the pious souls of these POF shahadahs who laid down their lives for POF and motherland. We reaffirm the pledge that we will not let their great sacrifice to go waste and make the defence of the motherland invincible.” Chairman POF Board further remarked that the coward act of the terrorists would not lessen our courage and we would continue to shoulder our responsibilities with courage, dedication and commitment. Earlier, Chairman POF Board laid the wreath at Yadgar-e-Shuhada and presented salute.