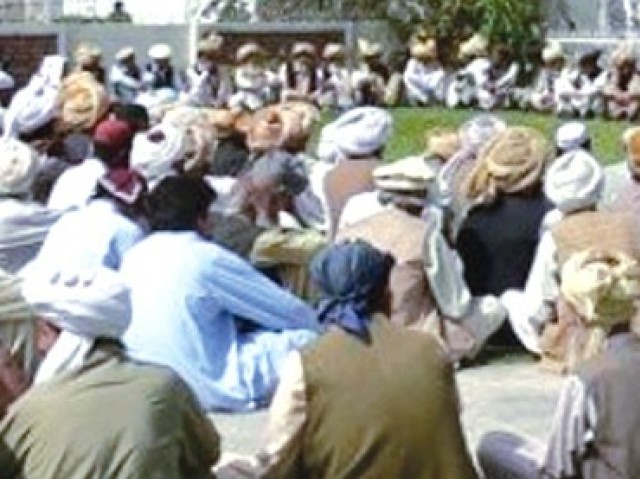 GHALANAI: The provincial chief minister on Wednesday dropped the strongest hint yet of inducting newly-elected lawmakers from the tribal areas into the provincial cabinet as he told a crowd in the tribal district of Mohmand that he aims to include two MPAs in the body.

This was stated by Khyber-Pakhtunkhawa Chief Minister Mahmood Khan on Wednesday as he inaugurated a 132 Kilo Watt (KW) grid station in Michanai area of Mohmand Tribal District. The grid station has a transmission capacity of 52 Mega Watts which will ensure the provisions of uninterrupted power to the newly-established Mohmand Marble Industrial city to promote industrialization in the district. The scheme has been completed at an estimated cost of Rs467.27 million.

While addressing the gathering on the occasion, Mahmood said that the ruling Pakistan Tehreek-i-Insaf (PTI) did not get a proper chance to canvass during the recent provincial assembly elections in the tribal areas. Despite that, he said that they had emerged as the single largest party in the merged tribal districts securing five seats directly while a further three independent lawmakers decided to join them.

With the PTI losing the elections in Mohmand — with one seat being bagged by the Awami National Party (ANP) and the other by an independent candidate who decided to join the Balochistan Awami Party (BAP), Mahmood said that they were considering including tribal MPAs in the cabinet so that the demands and concerns of tribal district residents are promptly communicated to the government.

“We have also decided to take a few elected members from the merged districts into the provincial cabinet, they may be two — a male and a female member,” he said, as he rejected rumours of inking an agreement with BAP to accord a ministry to their lawmaker in return for their support in the assembly.

He took a swipe at Pakistan Peoples Party (PPP) chief Bilawal Bhutto-Zardari, noting that a kid from Sindh was allegedly being imposed upon them as a leader.

“Those who have looted the country’s resources will have to face their due time in jail,” he asserted.

The chief minister further stated that the apex anti-corruption watchdog National Accountability Bureau (NAB) is an independent accountability institution and that no one has the power to interfere in their work.

Addressing allegations levelled by the opposition regarding the Malam Jabba and the Bus Rapid Transit (BRT) projects, Mahmood said that both projects are different.

“If there is any embezzlement [in the two projects] action against it would have been taken months ago,” he said, adding that if there was any financial misappropriation in the two projects they will not spare anyone involved, wither they are federal or provincial ministers.

He went on to clarify that in the Malam Jabba project, the issue was of land lease.

“We are an open book for the entire nation,” he said, adding that they will present a complete report on their performance before the public to ensure transparency.

Mahmood called the opposition’s bluff of political agitation, stating that they should carry on with their plans.

He also warned taxpayers of action if they fail to pay their taxes. Moreover, he warned that they should not link the issue with polio campaigns.

Asked about differences within the cabinet and rifts with K-P Governor Shah Farman, Mahmood dispelled the reports, stating that they are all on one page. On chairing the apex committee, Mahmood termed Farman his elder brother and clarified that there was no issue.

The CM announced the construction of a road from Pandialai Tehsil to Ambar Tehsil and another road from Halemzai Tehsil to the Afghan border via the Khwazai and Baizai villages.

He also announced the establishment of 14 new electricity feeders for the district, three high schools for girls in Khwezai, Baizai and Ambar tehsils, a Cadet College in Safi-Mamad Gat along with the up-gradation of the Tehsil Headquarters (THQ) hospital in Ghallanai.

Mosques, tube-wells and schools in the district will be solarised soon while small dams will be constructed for irrigation drinking water supply.

The chief minister also promised resumption of internet services in the tribal districts.

Separately, addressing a gathering in Ghallanai, K-P Information Minister Shaukat Yousafzai that they were ready to teach a lesson to the ‘Butcher of Gujrat’ [Narendra Modi] at any moment.

He added that the provincial government has allocated a special package for the promotions of tourism and industries in the merged districts to uplift the living standards of residents.

He added that soon all routes to Afghanistan will be opened for trade and other activities.