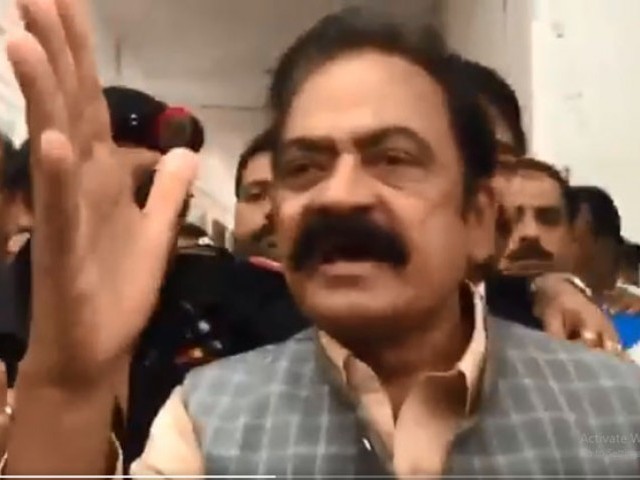 LAHORE: District and Sessions Judge Masood Arshad was forced to stop the hearing of alleged drug smuggling case against Pakistan Muslim League-Nawaz (PML-N) Punjab President Rana Sanaullah on Wednesday, saying that he has been transferred to the Lahore High Court (LHC).The LHC had not issued any notification of the judge’s repatriation.

A reliable source said that normally the notification is issued by the LHC for the repatriation of judge’s services but in this matter no notification had been issued.

The Wednesday’s smooth proceedings against Sanaullah took a new turn when Judge Masood Arshad commenced proceedings and the defence counsel argued on the bail application of Rana Sanaullah.

Anti-Narcotics Force’s (ANF) Prosecutor Rana Kashif Saleem informed the court that he had been assigned the case just a day ago and requested the judge to grant him one-hour time for properly read this case.

The judge allowed him one hour’s time. But when the proceedings resumed, the judge told the lawyers, present in courtroom, that he had been restrained from the judicial work and was repatriated back to LHC.

“I received a WhatsAap message just now,” he said, adding that he was told to repatriate his services. “I cannot continue to hear the case,” he said.

The defence lawyers came hard on the ANF, saying they knew how strong the ANF’s case was and why the one hour’s interval was fixed.

The judge remarked: “I am answerable to God and do work for His willingness,” adding: “Judgment in Rana Sanaullah’s case, or any other case, will be handed on merit.” The judge fixed September 7 as the next date of hearing of the case.

The main judge in these cases is on summer holidays. Judge Masood Arshad was hearing the alleged drug smuggling case against Rana Sanaullah, while Judge Mushtaq Elahi is hearing several NAB references.

Talking to media, Sanaullah’s counsel described the latest development unprecedented, saying that the government was trying to decide which judge it wants on the case.

Advocate Azam Nazir Tarar said that arguments had concluded in the case when the government decided to withdraw the judge through a notification.

It is also worth mentioning that the development of repatriation surfaced after the suspended accountability judge Arshad Malik was being investigated by the LHC in alleged controversial video scandal.

No final decision yet on airspace closure: FM