Decide­s to take to the street­s on Friday to urge the world to ‘do more’ on Kashmi­r issue
By Rizwan Ghilzai
Published: August 27, 2019
Tweet Email 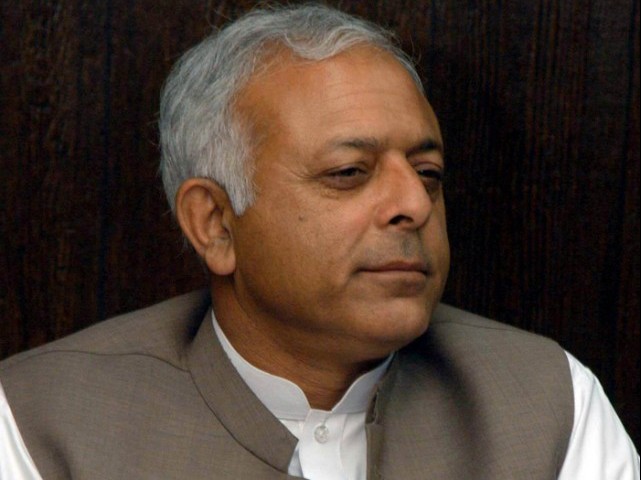 ISLAMABAD: The federal cabinet members have expressed their concern over allowing Prime Minister Narendra Modi to use the Pakistani airspace, demanding placing a complete ban on Indian flights.

“The decision to close the eastern airspace for commercial flights from India is expected within two days,” said Federal Minister for Aviation Ghulam Sarwar Khan while informing the media about the minutes of the cabinet meeting with Prime Minister Imran Khan in the chair on Tuesday.

The federal cabinet meeting focused on a 10-point agenda.

“All options regarding closure of the airspace were pondered upon during the cabinet meeting,” said the minister, adding that no final decision had been taken.

“A decision will be taken after examining all legal aspects for the closure of the eastern airspace within 48 hours,” he added.

Sharing details of the cabinet meeting, Special Assistant to the PM on Information Firdous Ashiq Awan said, “The entire nation will take to the streets on Friday to convey the message of ‘do more’ [regarding the Kashmir issue] to the world. PM Imran has directed all assembly members to participate in the protest.”

The cabinet members reposed confidence in the PM’s decision regarding steps for the Kashmir cause.

She said, “The PM will fight for the Kashmir cause in the United Nations General Assembly and the entire nation will express solidarity with the Kashmiris from 12 noon to 12:30pm and give an effective message to India.”

Firdous said the cabinet was informed about the steps taken to stop harassment of children and transgender persons. “Strategy to pay fines of poor prisoners has been approved, while the PM has directed to implement and make new laws against making of pornographic movies of children.”

According to details, the federal cabinet approved the posting of Amir Mumtaz as the chairman of Pakistan Steel Mills, while amendment was made in the act to give powers to the police force to make arrests over electricity theft and change the name of Jawaan programme to Jawaan entrepreneurship programme.

Minister for Communications Murad Saeed informed the cabinet, “It has been declared mandatory to allocate seats for disabled persons on buses moving from one city to another while the fees on parcels from foreign countries by the Pakistan Post have been finalised.”

The PM directed to ensure early completion of every project.

Federal Minister for Law Farogh Naseem announced that the legal aid helpline would provide free service to the needy.

Federal Minister for Religious Affairs Noorul Haq Qadri announced that the Sikh Gurdwara had been reopened in Peshawar.

Federal Minister for Railways Sheikh Rashid Ahmed informed the cabinet that the fare for those above 65 years of age had been reduced by 50%, while under the austerity measures, the ministry had saved 6.5 million litres of fuel.

The cabinet was informed that a remarkable improvement had been made in the performances of the institutes with good governance as the heads of 30 institutes had been appointed in a transparent manner.

To a question, Firdous said China fully supported Pakistan’s stance on Kashmir and the meeting of the Chinese Central Military Commission vice chairman with the prime minister was an important development.

To another question, she said upgrading of railway tracks and improvement of the Pakistan Railways was the top-most priority of the government. Despite limited resources, the railways’ performance was more than satisfactory, she added.

She said during her tenure as special assistant, the retired PTV employees were paid twice – Rs1.5 billion and Rs8.5 million.

She said the Ministry of Information and Broadcasting, in collaboration with the Federal Ministry of Health and Punjab Health Department, was launching an advocacy and awareness campaign on dengue fever.