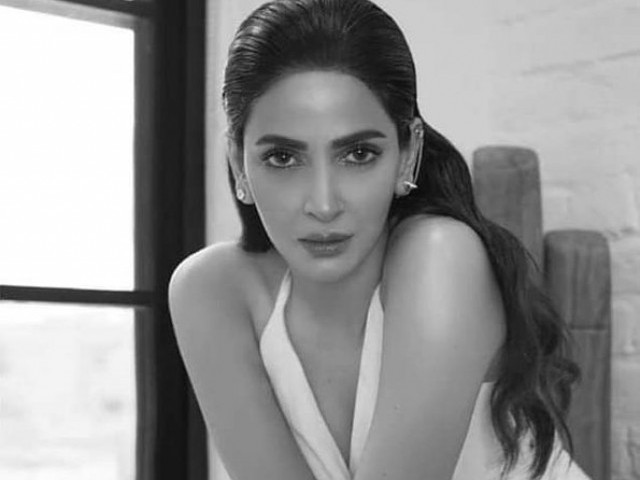 KARACHI: Actor Saba Qamar is unapologetic about almost everything, especially when it comes to riding against the wave. That obviously brings the Cheekh star under the radar for almost everything that she says, does, or wears, for that matter.

Saba recently shared a photo donning a seamless white gown with sky high heels. The chic look and bold photo-shoot went viral not only for its sheer glamour quotient but also because a number of people thought she was portraying the wrong image of Pakistan. 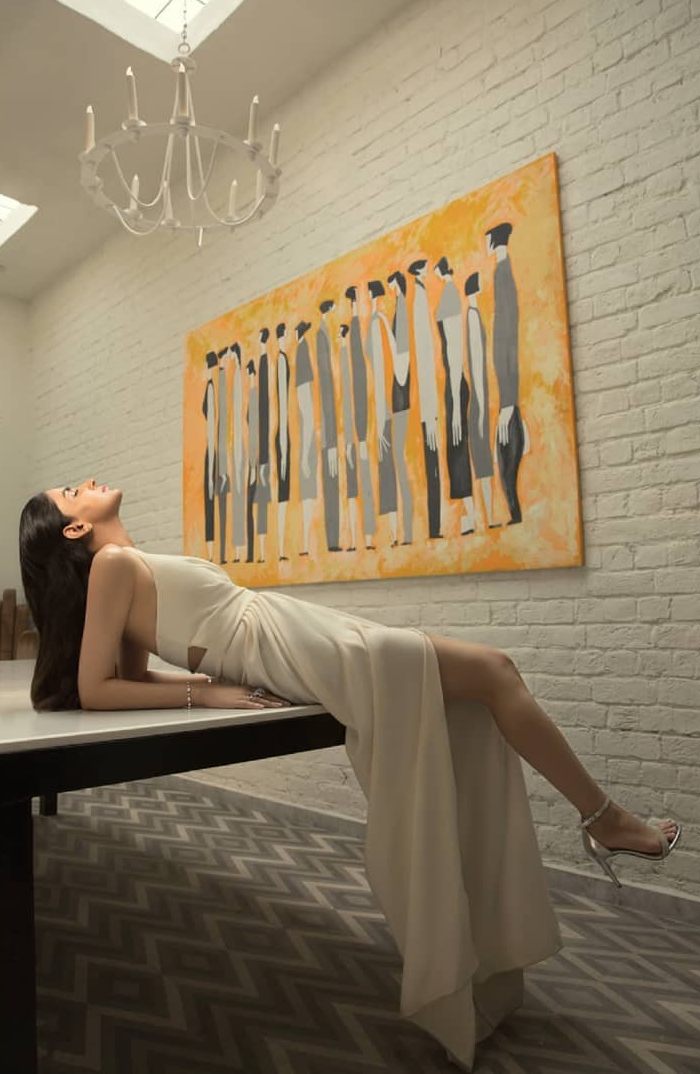 However, Saba is not the first woman to be judged and bashed for her fashion preferences.  There have been several female celebrities who have been ridiculed publicly for expressing their style choices that seem to hit a nerve with the public.

Mahira Khan in the ‘backless dress’ 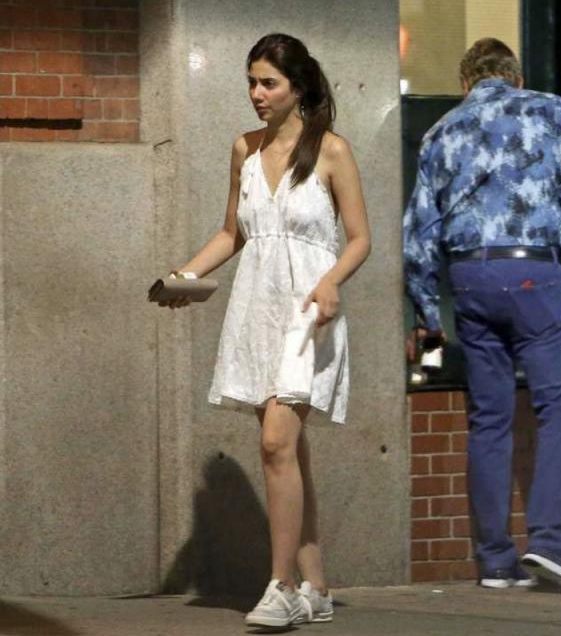 We can’t forget the dating rumours about the Superstar darling and Bollywood actor Ranbir Kapoor. Apart from the criticism she received from smoking with the star, Mahira was also targeted for wearing a white, backless dress in reportedly leaked images.

Many Twitter users took o the social media platform to troll the actor for wearing a ‘short dress’ in the pictures and ‘ruining her decent image.’

mahira khan totally ruined her decent image with this. so disappointed.

I actually feel sorry for her. She looks lost & misguided. And no one will let her live this one down.Fallen from grace & hard #MahiraKhan pic.twitter.com/7cfEdJ8bRF 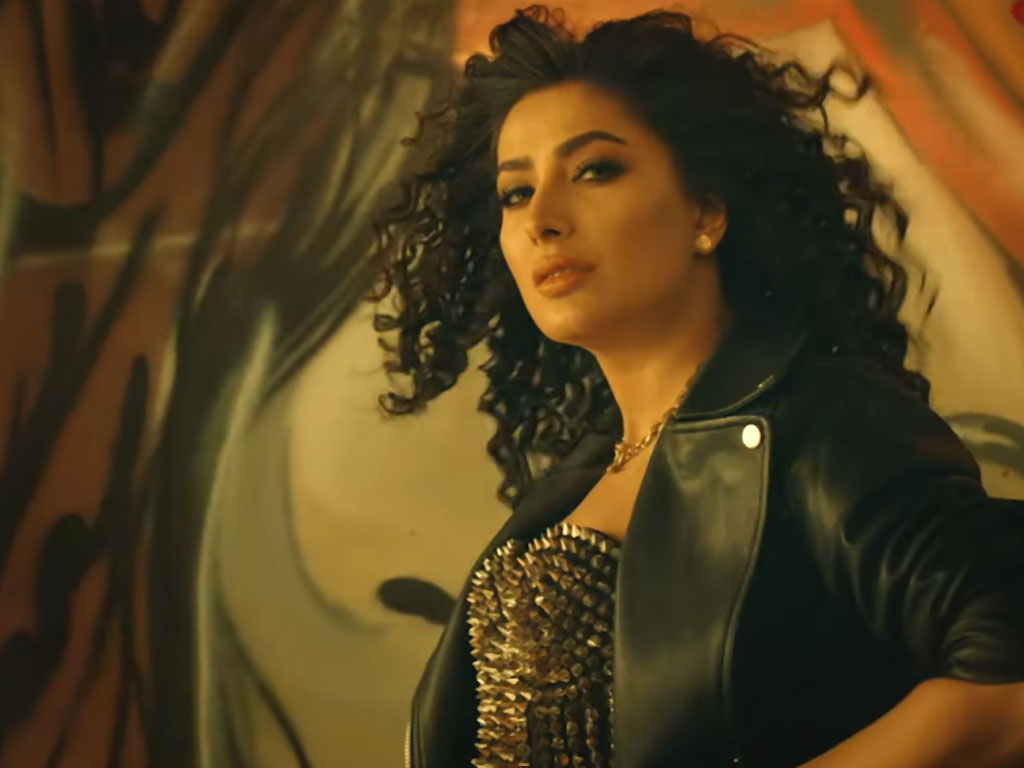 Mehwish shocked social media when she came out to dance in Gangster Guriya, a song in the Meera jee starrer Baaji. Unfortunately, the star was also subject to immense trolling for her tough look. “A woman in control of herself and knows what she wants,” were the words of Mehwish in the tweet where she vividly shared the first look of her item number.

Mawra, Urwa are not alone in failing to display a sense of social awareness

Some suggested not to ‘go all Bollywood’ because of her outfit choices. One Twitter user wrote, “We don’t wear small tops or leather pants or shorts, let’s be proud of being Pakistani.” Another social media account spammed her timeline with hate messages saying that Mehwish’s performance was “so heartbreaking” owing to the “nudity.”

Oh ma'am.. you tried hard to dance like Katrina.. but let me tell you one thing…
Thats not BOLLYWOOD. We have to work differently .
We can't remake their films. We have to work like US.
We don't wear small tops or leather pants or shorts.
Let's be proud of being Pakistani . 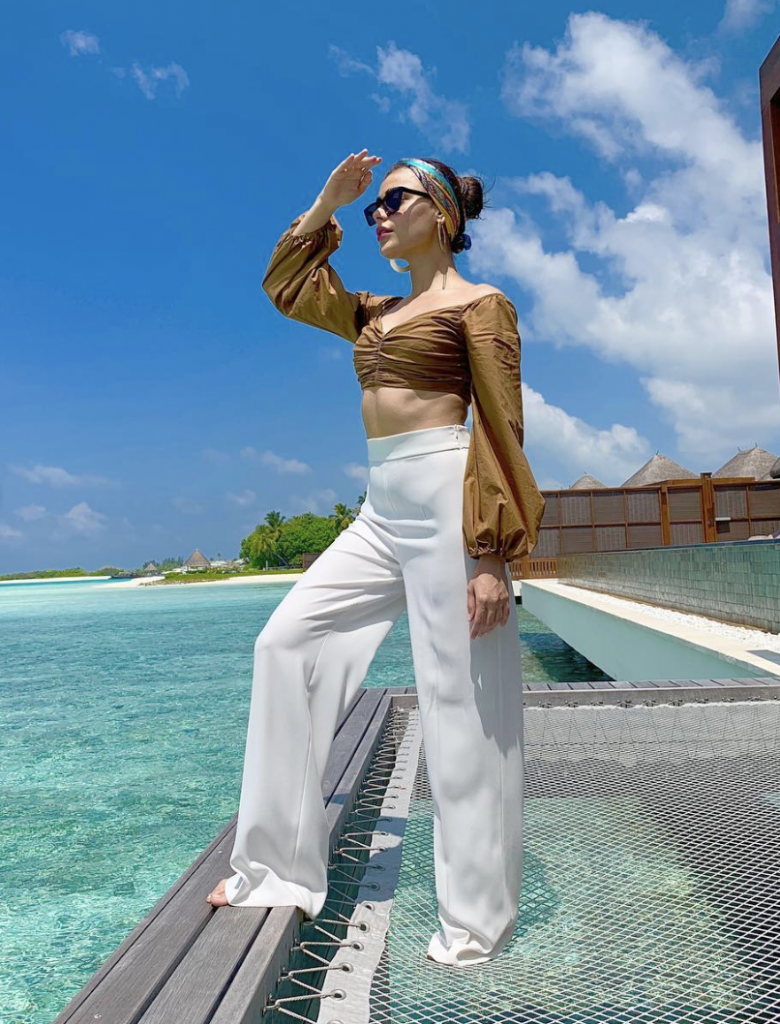 In the Pakistani modelling industry, it seems the bolder they are, the more susceptible they become to the keyboard warriors who condemn outfit choices. Sadaf is one, if not the most prominent of those defiant models criticised for her clothing choices.

Her holiday in the Maldives earlier in the year once again put her in the limelight, where she was seen in a contemporary outfit sporting high-waisted long pants and a midriff top. Yet, the model brushed it off by posting more pictures of her at the island escape.

“Society is becoming more liberal and women are driving this. This change is reflected in our fashion,” said Pakistani designer Asim Jofa in an interview with the Guardian. This still holds true for women who continue to challenge social norms and perceptions through their fashion choices.