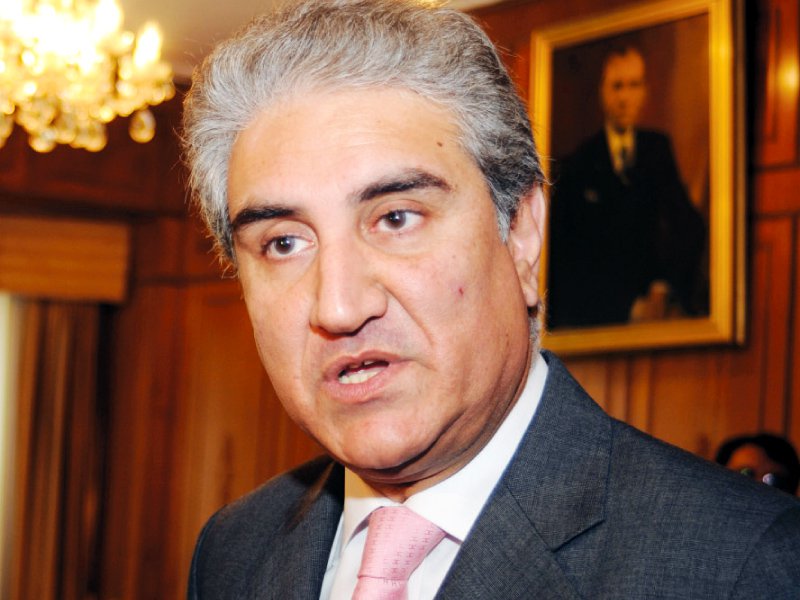 Speaking on the occasion, Foreign Minister Shah Mehmood Qureshi said that political voices in Pakistan had been on the same page despite differences which gave hope as well as strength to the Kashmir cause.

The foreign minister said that the people of the occupied valley were facing the worst time during the last 22 days only for one reason that they were Kashmiris. He declared that on August 5, India had attempted to consolidate the occupation of Kashmir, which was already illegal.

Qureshi noted that father of the nation had called Kashmir the jugular vein of Pakistan. He expressed resolve to go to any limits to help Kashmiri people get their right of self-determination and bring halt to Indian atrocities.

He said that Pakistan’s intensive diplomatic efforts were focused on respecting the United Nations resolutions and resolving the Kashmir issue in the light of those resolutions.

The foreign minister remarked that Modi’s government was telling half-baked truths to delegitimize the Kashmir movement and its actions were a serious threat to the already volatile situation of South Asia.

“Pakistan has no desire to escalate the situation and we believe that the only solution for India is to resolve the Kashmir issue according to the UN resolutions,” he said.

Qureshi lauded the committee’s efforts in keeping the Kashmir cause alive and said that the deliberations made at the forum would be useful in mapping out the future strategy.

He expressed his concern that the current Indian regime might not respect the Indus Water Treaty, the example of which was witnessed recently when early warning of opening water gates was not given to Pakistan.

Chairman Standing Committee on Foreign Affairs Senator Mushahid Hussain Syed said that Pakistan had expressed its gratitude to the friendly countries as well as intellectuals, scholars and civil society activists who had been supporting the Kashmir cause and the perspective of Pakistan.

The chairman said that voices from across the globe had emerged condemning New Delhi’s brutalities and Indian writer Arundhati Roy had termed Modi’s act an architecture of Indian fascism. The participants of the seminar agreed on taking appropriate steps to relieve the Kashmiris of Indian tyrannies.

Federal Minister for Human Rights Dr Shireen Mazari declared that nuclear weapons were not just a flashpoint between the two countries but New Delhi had already strategized what could initiate a nuclear war between India and Pakistan.