Smuggled Indian fruit and vegetables no longer available in Punjab

Smuggled Indian fruit and vegetables no longer available in Punjab 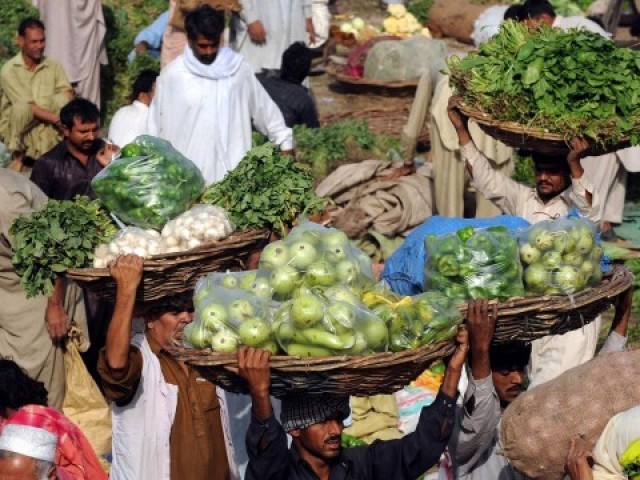 LAHORE: Fruit and vegetables smuggled from India are no longer available at the markets of Punjab after Islamabad suspended trade with New Delhi in response to the latter scrapping occupied Kashmir’s special status and imposing a lockdown in the disputed territory.

Fruit and vegetables smuggled from occupied Kashmir into Azad Jammu and Kashmir (AJK) through Chakothi were sold at markets in Rawalpindi, Lahore, Faisalabad and other parts of Punjab as well as in Peshawar.

The All Pakistan Fruit and Vegetable Merchants and Commission Agents Trade Group said it had decided to boycott Indian produce.
The association has asked its member traders in all four provinces to stop selling Indian fruit and vegetables.
Pakistan has also suspended trade with India through Wagah border after New Delhi’s IOK move.

In 2008, Kashmiris started barter trade across the Line of Control (LoC) and fruit and vegetables from Poonch sector in occupied Kashmir were brought to Pakistan through Rawlakot area of AJK.

The trade across the LoC has been suspended for some time, but with the recent spike in tensions between Pakistan and India, Pakistani traders and commission agents have announced that they were permanently boycotting Indian produce.

“I have met traders from Balochistan to discuss the issue and meet the vendors from Sindh next,” he added.

“The traders have decided that they won’t sell Indian produce until it ends its illegal occupation of Kashmir.”

Pakistan imports goods worth $1.8 billion from India annually whereas its exports to the neighbour stand at $340 million.Pakistan has chalked out its strategy to deal with any crisis arising out of an embargo on import of raw material supplied by India for medicine manufacturing.

Customs officials had already started sending back consignments coming from India on contract and the letters of credit even before the government issued a statutory regulatory order regarding suspension of trade ties with India.

Sources said 60% of the raw material used in medicine manufacturing is imported from India and there are concerns that this embargo may result in a shortage. They said the Pakistan Pharmaceutical Manufacturers Association has written a letter to Drug Regulatory Authority Pakistan in this regard asking it to take steps to address any possible crisis.

When contacted, DRAP CEO Dr Asim Rauf said a meeting has been called next week of all the stakeholders to address any shortage of raw material used in medicine manufacturing.

“The first option would be China and then other countries. All options will be utilised and we will prove to India that we can do everything without their support,” he added.

NOC a must for high-rise buildings near airports: CAA