The Aurat Founda­tion (AF) shared a draft of the ‘Women’s Legisl­ative Agenda’ with female legisl­ators of the...
By Ali Usman
Published: June 11, 2010
Tweet Email 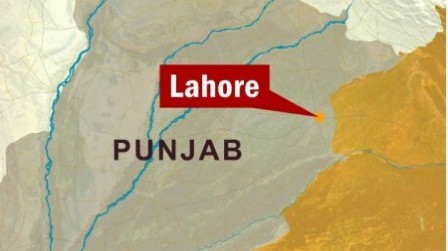 LAHORE: The Aurat Foundation (AF) shared a draft of the ‘Women’s Legislative Agenda’ with female legislators of the Punjab Assembly on Thursday and invited discussions on it.

The parliamentarians are expected to table the draft for legislation during the next session of the Punjab Assembly. The draft has been prepared by AF consultant Justice (r) Nasira Iqbal.

The draft aims to work out a strategy to identify key priorities for future action by women legislators.

The final draft will be prepared after receiving input from female legislators.

Parliamentarians from both the ruling and opposition benches attended the ceremony.

Women parliamentarians are expected to discuss the following issues in the Punjab Assembly:

2.Ensuring the implementation of the 10% job quota for women in all walks of life.

3.Representation of all sections of society in the Parliament and the allocation of seats reserved for women i.e. technocrats, political workers, minorities, peasants/labourers.

4.Bringing women in the mainstream through socio-economic development in accordance with the international conventions and treaties ratified by Pakistan. (Particularly the CEDAW Conventions, Human Rights Convention, Millennium Development Goals and Child Rights Convention)

5.Direct focus on policy reform, institutional reform, and budgetary reform with a pro-women agenda. Affirmative action, policies and laws for women to become equal partners with men. Gender review of manifestos of all political parties to ensure equal participation of women.

6.Declaring void all elections in which women were excluded from polls by political parties.

7.Women parliamentarians should struggle to nominate women as members of the federal and provincial Election Commissions.

8.Allocation of funds by political parties for women workers.

9.Ending discrimination in the allocation of development funds for both general and reserved seats.

12.Utilisation of EOBI funds for the welfare of workers

13.Redefining ‘worker’ to recognise the informal sector in the Industrial Relation Act.

14.Ensuring the provision of social security, EOBI and workers’ welfare funds to the informal sector.

15.Issuance of universal card/smart card for workers of the informal sector to ensure the provision of public sector health services.

19.Legislation and code of conduct specifying the responsibility of security sector personnel.

20.Passing legislation for the increased participation of female parliamentarians on security-related committees.

22.Steps should be taken to back up the technical support system for parliamentarians.

23.Effective family planning strategies to overcome the increasing disparity between resources and population.

25.Government funded projects and programmes should bridge the gender divide. Create space for women within the existing system and improve the performance of government departments. Ensure close liaison between state and private departments working for the empowerment of women.

26.Training programs for women party workers at the grassroots level.

29.Publishing a newsletter for parliamentarians.