Govt says anyone caught with the string­s will face a five-year jail term and a 100,000-rupee fine
By AFP
Published: August 25, 2019
Tweet Email 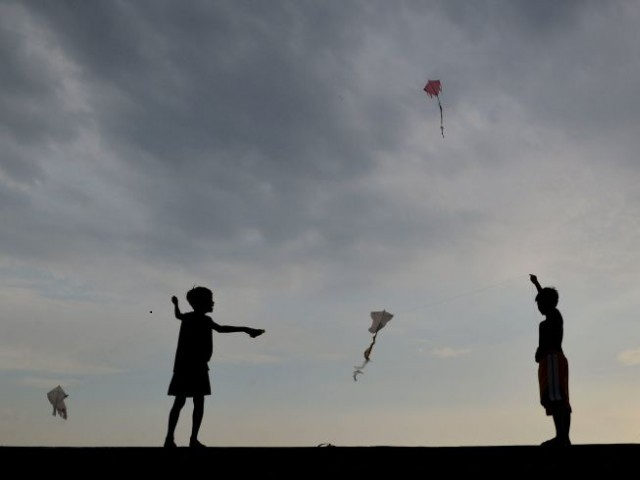 NEW DELHI: A young girl riding on a motorcycle with her father in New Delhi has died after a glass-coated kite string slit her throat, reports said on Sunday, the second incident in a week.

Kite flying is a popular sport in India, but has turned deadly in recent years, with people using strings coated in metal or glass to try to cut down competitors’ kites.

The number of deaths and injuries jumps around Independence Day on August 15 when many people traditionally take to the skies, often with kites painted in the colours of the Indian flag.

In the latest incident on Saturday, the four-year-old was travelling to a temple in India’s capital with her father when nearly half her neck was cut by the string, the Times of India reported doctors as saying.

A 28-year-old engineer died on Independence Day when his throat was slit by a kite string while he was riding his motorbike, also in Delhi, media reports said.

A three-year-old boy was reportedly electrocuted after his kite string – believed to be wet and coated with metal – came into contact with an electric wire in the city.

Last month, a three-year-old died when a kite string was entangled around her uncle’s neck in southern Delhi. The pair, who were riding on a motorcycle, hit a divider and fell off a flyover, News18 television reported.

Authorities and animal rights activists say birds have also been maimed or killed by the strings, known locally as manjha.

The Delhi government three years ago issued an immediate ban on the production, sale and storage of strings modified to be razor-sharp, after a spate of deaths.

But several neighbourhoods in and around New Delhi continue to sell such strings, despite the ban.