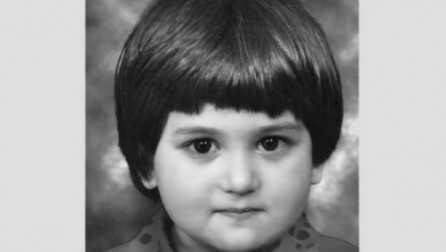 LAHORE: Officials of Race Course police station have registered a complaint against Pearl Continental after a child received an electric shock by decorative lighting in the hotel’s lobby.

The incident occurred on May 29 when three-year-old Sara stepped over a live wire while playing with her baby sister in the lobby. The child immediately lost consciousness and was discovered by her father Irfan Ahmed minutes later.

Irfan stated that he called Rescue 1122 several times but they failed to respond.

He sought help from a motorist who was parked right outside the hotel’s entrance and rushed Sara to the Punjab Institute of Cardiology (PIC). Irfan states that the child was not breathing and did not have a heartbeat and Irfan had to revive her for ten to fifteen minutes through cardiac resuscitation.

He stated that Sara’s heart stated to beat again before they had reached PIC.

Doctors at PIC revived Sara’s heart by defibrillation (electric shock) and asked Irfan to move her to another hospital as they did not provide burn or shock facilities. Sara was then taken to National Hospital in Defence where she is yet to regain consciousness.

According to the doctors Sara’s condition remains critical. Despite their pessimism the family dares to hope. Irfan recalled that there was no ambulance available at either PIC or Services Hospital and Sara had to be shifted to National Hospital on an Edhi Ambulance.

He added that they had to administer oxygen to Sara from a cylinder as the ambulance did not house a ventilator.

Irfan Ahmed accused the hotel management of negligence as well as discourtesy.

“They have not once inquired about my daughter’s condition. It is as if they are not even bothered that a child almost died at their facility. Sara received an electric shock because of their negligence. They could have at least conveyed their sympathies”, said Irfan.

“I do not want anything from the management except a little sympathy and the acknowledgement that we have gone through a horrible tragedy”, he added.

The child’s uncle Rizwan Ahmed, who was dining with the family when the incident occurred, stated, “I have evidence that Sara received the shock from the careless lights on the lobby floor. That evidence is enough to drag the hotel owners in the courts but we do not want to do that. We just want humane treatment from them.

We would not be so disgusted if they had called to inquire about Sara’s health once”.

“We do not want any compensation from the hotel administration”, reiterated Irfan Ahmed.

Pearl Continental Hotel administration refused to comment on the issue. Media coordinator Aalia Tariq stated that the hotel’s lawyer had advised them against releasing any media statements. “It could hurt our legal position to comment on the incident right now so I can not comment”, she said.

She added that the hotel administration was planning a press conference in a few days where they would divulge facts and their stance on the case.