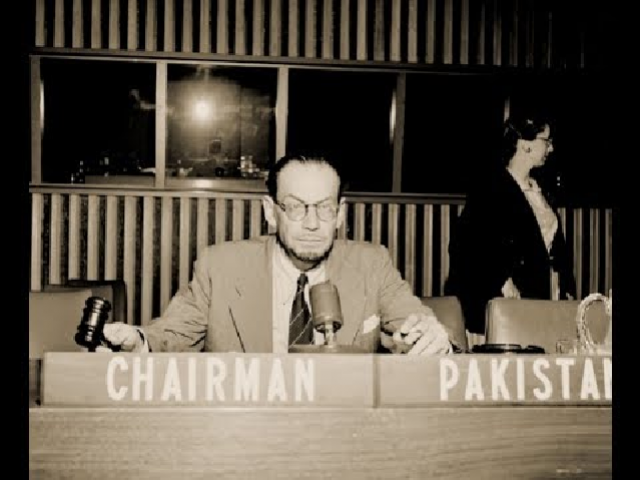 Highlighting the intellectual services of Allama Muhammad Asad in the formation of the ideology of Pakistan, which gave birth to the first nation state in the name of Islam, speakers at a seminar were unanimous that his lifelong works were relevant and critical to conceive a model of the state of Madina for Pakistan in the contemporary world.

The seminar titled ‘Allama Muhammad Asad and the Formation of Pakistan’ was co-organised by the Council of Islamic Ideology (CII) and the Institute of Policy Studies (IPS), Islamabad.

Senator Zafarul Haq stressed the need to learn from Asad’s work and keep the spirit and ideology alive of the nation’s founding fathers. He also proposed measures to widely publish and spread his works, which were an invaluable part of the movement on the reconstruction of Islamic thought spearheaded by Allama Muhammad Iqbal and Syed Abul Ala Maududi in the last century.

Dr Ayaz, while signifying the importance of Asad’s work on Islam, said that the intellectual was a Muslim by choice who offered great insights from an Islamic perspective over issues and problems faced by the societies in general and the Muslims in particular. He announced that in the recognition of Allama’s services and contributions for Pakistan and Islam, the library of the Council of Islamic Ideology is being named after him.

Khalid Rahman, in his inaugural speech, maintained that for our nation it is important to remember the personalities, their thoughts and their struggles that played an important role not only in the ideological and sociopolitical foundations of Pakistan during the independence struggle and the formative phase but also in setting the directions for its development thereafter.

Other speakers also highlighted the thought provoking contributions of Asad – including his insightful books, his lectures on Radio Pakistan and Pakistan Television, his role in the establishment of the Department of Islamic Re-construction, and his proposed work on the education system of Pakistan – terming him an unsung soldier of Islam and Pakistan.