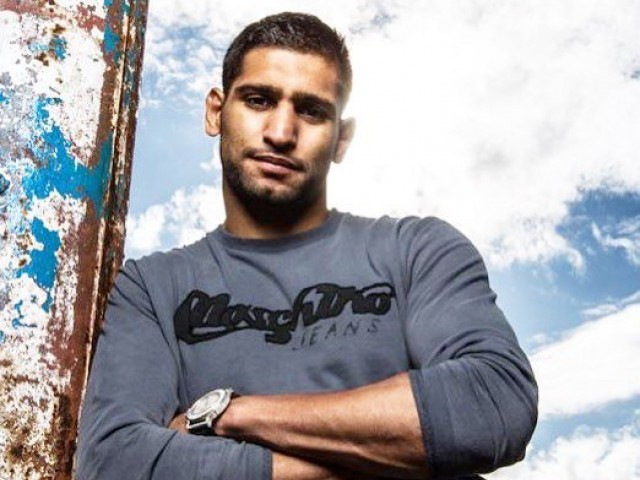 In the backdrop of rising Pak-India tensions, British-Pakistani boxer Amir Khan announced on Saturday he would visit the Pakistani side of the Line of Control (LoC) as part of a “humanitarian visit to raise his voice for peace”.

“…a lot of innocent people are suffering,” he tweeted.

Next week I am visiting Pakistan, Line of Control(LOC) on a humanitarian visit to raise my voice for peace, as a lot of innocent people are suffering. Thank you @officialdgispr for the opportunity #UNcharter #kashmir #peace

He thanked Pakistan Army spokesperson Maj General Asif Ghafoor for the opportunity to let him visit the LoC.

“I’m visiting Pakistan, Line of Control( LOC), to make my voice heard, bring greater awareness to the terrible situation in Kashmir and call for peace,” he said in another tweet.

I’m visiting Pakistan, Line of Control( LOC), to make my voice heard, bring greater awareness to the terrible situation in Kashmir and call for peace @UN charter Thank you @officialdgispr for the opportunity

Tensions between the nuclear-armed neighbours have reached a fever pitch after the Indian government decided to strip IOK of its special status and enforced an information blockade in the Himalayan valley.

Tens of the thousands of Indian troops were called in to “maintain peace” in IOK with politicians and activists illegally detained.

Earlier in the day, a delegation of nine Indian opposition parties led by Congress leader Rahul Gandhi tried to visit IOK but was not allowed to step out of Srinagar airport.

Pakistan has demanded the UN to take immediate notice of the deteriorating human rights situation in the occupied valley and play its role in lifting of curfew and other restrictions Kashmiris are facing for the last 20 days.