Actor releas­es second statem­ent on his marria­ge, explai­ning what he meant in the first
By Entertainment Desk
Published: August 24, 2019
Tweet Email 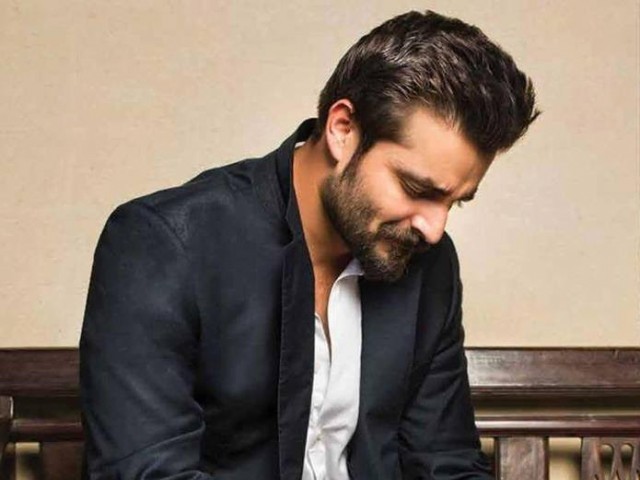 After confirming rumours that he is set to marry Aana star Naimal Khawar, Hamza Ali Abbasi has now spoken on the matter, adding that the two of them are inseparable.

In a statement released on Wednesday, Abbasi said that Khawar and him would be having a nikkah on August 25, followed by a valima reception the day after.

“We can’t breath without each other now,” the actor wrote in the statement, confirming the marriage. He added that they were looking forward to a lifetime of happiness and making efforts to please Allah together.

Twitter, however, remains skeptical. While some called his statement ‘absurd,’ others lauded him for keeping his private matters private.

But just when we all thought that would be the end of all the hoo-haa but of course, no one really stopped there. And in response, Abbasi has now shared another note on his ‘much discussed platonic friendship’ with Khawar.

“I want to again shamelessly use this attention on my marriage to highlight a point only for those who can relate and are interested,” Abbasi began. But first he asked those who have issues with him “bringing religion into everything” to “stop reading now and move on to other stuff, no compulsion.”

Explaining the meaning of a platonic relationship, the Mann Mayal actor said, “It means love or affection in a bond without any sexual element in it. I realised the right way to find love.”

He added how there are two ways people go about looking for love.  According to Abbasi, the ‘popular gora culture’ of relationship comprises of “anyone hitting their late teens, starting to go out with people, have a series of emotional attachments and heartbreaks, do everything haram with them and if lucky, they will find ‘the one’ soon, before they are emotionally and physically wrecked.’ He added that people in such relationships only “do the paperwork just to make it legal.”

Abbasi then elaborated on “Allah’s way” of building relationships. “First, give up everything haram for Allah, not for a girl or a boy,” he explained. “Not for the love of another human being but give up haraam only for Allah. Then, if you feel something for someone in your heart, get to know that person in a very “platonic” way, go out with them, have beautiful walks, coffees, watch a film or two in the cinema but you keep it all halal for Allah’s sake.”

The Parwaaz Hai Junoon believes that if a man feels like he wants to be with a women, he shouldn’t ask her to be his girlfriend or keep it hidden. “You show enough courage, commitment and respect towards her that you want to take responsibility, in front of the world, and ask her for nikkah,” Abbasi continued. “In essence, Allah’s way is that while you get to know someone, you do not give in emotionally or physically unless you’re in nikkah.”

He then spoke with his own experience.  “After a lot of turmoil, hardship and suffering, I realised that no matter what, the way Allah has prescribed has more peace, more integrity, respect and no real sense of emotional, physical loss or disrespect, even if you get to know someone and later realise that’s not the one.”

He concluded, “I write this for all those who might get reassurance and whose hearts are still alive and guiding them towards Allah’s way but the popular culture keeps telling them the opposite.”