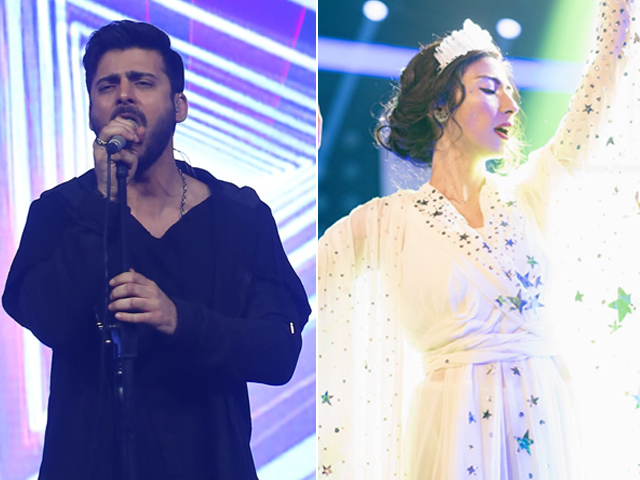 Pepsi Battle of the Bands (BoB) season four came to a close yesterday. The final battle narrowed down between the bands, Auj and Aarish.

The grand finale held a ton of surprise performances for the audiences. After establishing a theatrical tradition on BoB with Mein last year, Meesha Shafi returned to follow up on it with Leila. The word Leila, as Shafi explained, comes from Sanskrit and the poetry revolves around a conversation between a girl and the moon. Staying true to the poetic essence of the verses, the performance was as dreamy as Shafi’s attire.

Now, of course, it could not have been a BoB finale without Fawad Khan’s performance. The superstar brought his old EP gang back including Xulfi and set the stage on fire with Jaag Musafir which narrated a conversation between an individual and time itself. Perhaps, the best way to describe the performance would be by calling it timeless.

There is a hashtag trending on Twitter that says #UthJaagByFawadKhan and fans cannot stop praising both the performances!

But but but I didn't feel till last second that he is singing a song.

Fawad Khan on the vocals
Bilal Lahooti on drums
Ali Raza on piano
What a performance!#UthJaagByFawadKhan

#UthJaagByFawadKhan is my new gym buddy.
Listening to this while working out. pic.twitter.com/QX8gMsBRR0

Been hours and still on repeat.#UthJaagByFawadKhan