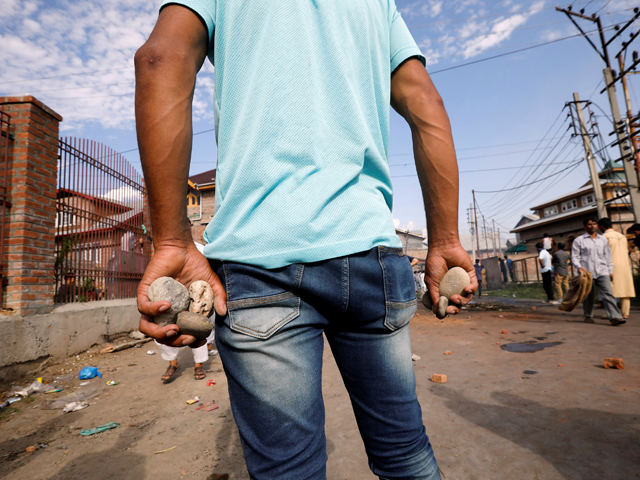 Sporadic demonstrations rocked some parts of Srinagar, with clashes between stone-throwing protesters and Indian security forces leaving more than 100 injured in Occupied Jammu and Kashmir on Friday.

The people of the occupied valley throng streets despite the Indian move of tightening curfew and other restrictions to prevent a protest demonstration outside the UN office in Srinagar after Friday prayers. 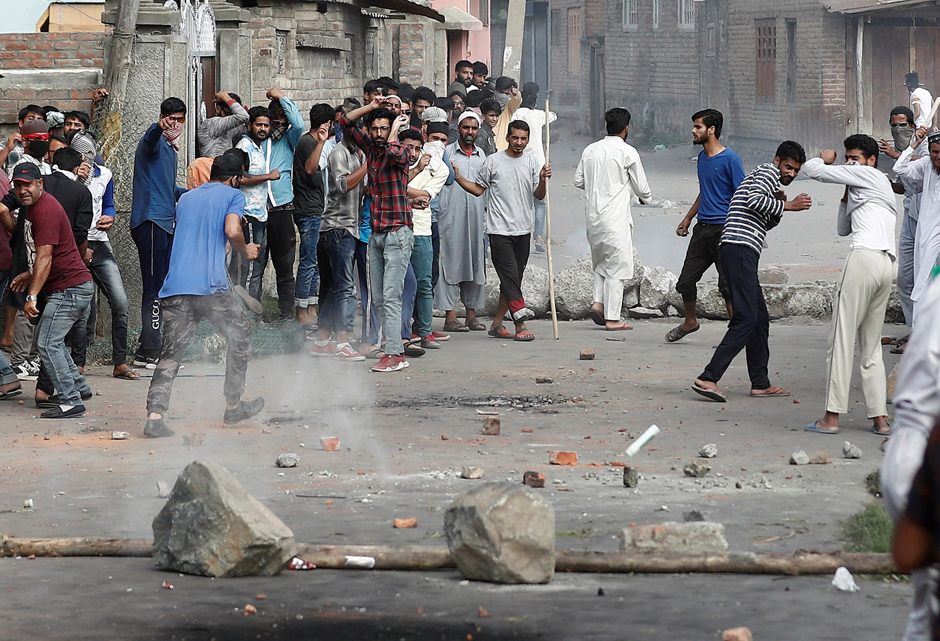 Kashmiris run for cover as a teargas shell fired by Indian security forces lands near them during clashes in Srinagar on August 23, 2019.

A call for the protest march was given by the resistance leaders through posters appearing in Srinagar and other parts of the occupied valley to denounce India’s provocative August 5 move and its illegal occupation of Jammu and Kashmir. 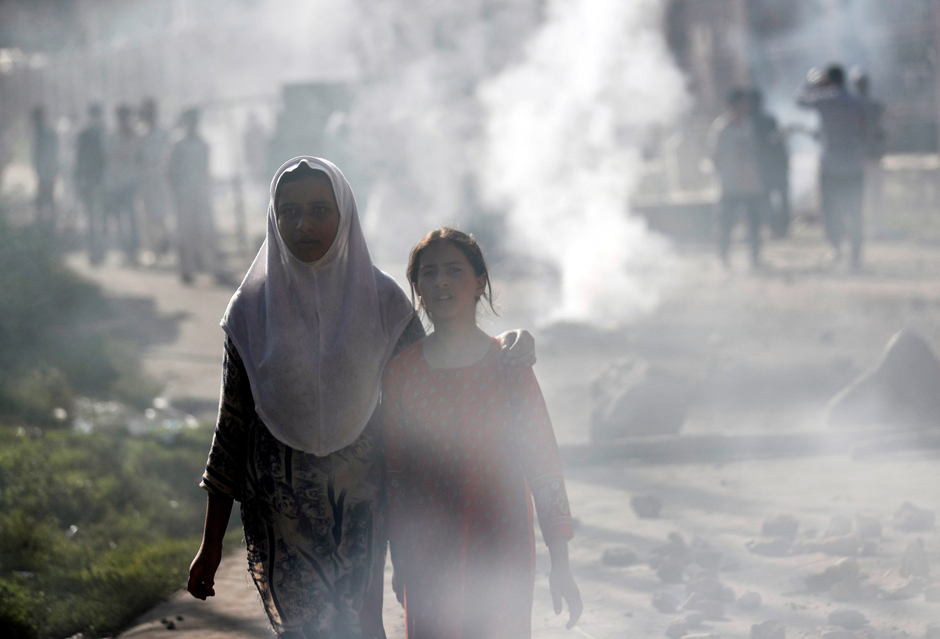 Kashmiri girls walk amidst smoke during clashes between Indian security forces and protestors in Srinagar on August 23, 2019.

“Preachers in all mosques [in their Friday prayers sermons] should make the people aware of India’s plans to change the demography of Jammu and Kashmir,” handbills written in Urdu said. 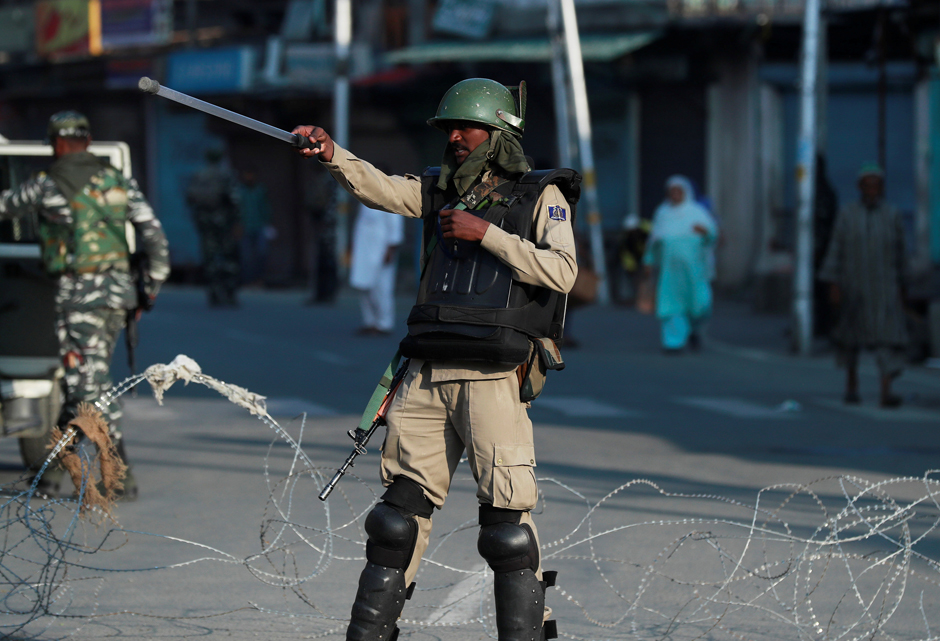 An Indian security personnel stops movement of vehicles at a blockade during restrictions in Srinagar on August 23, 2019.

Indian security forces were deployed at strength in many places to stop people from gathering in large numbers amid unrest over India’s treatment of the region. 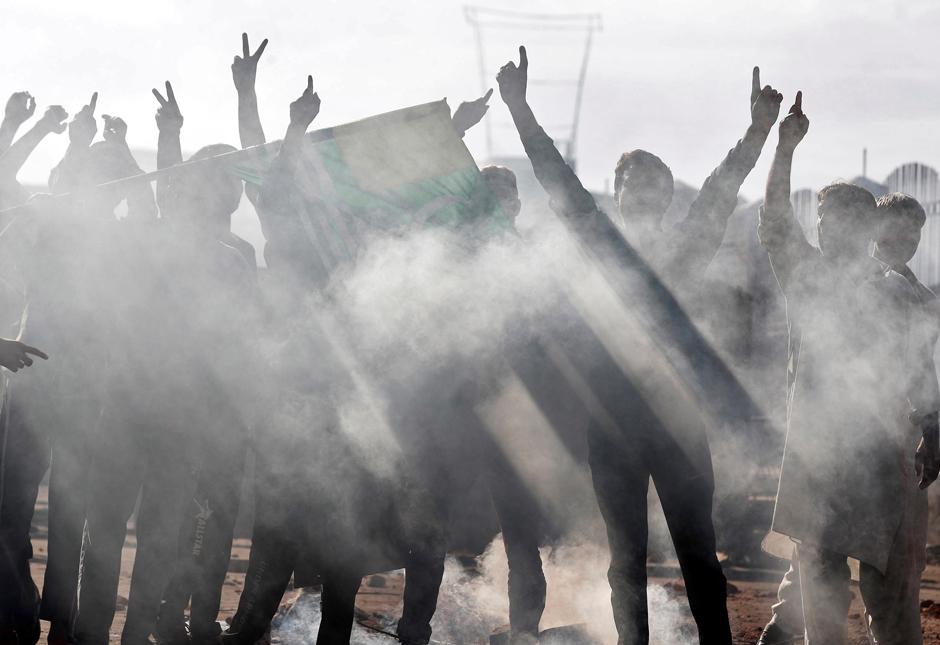 The people were urged to join the march to convey to India and the world that the Kashmiris would not accept Indian occupation over their territory. The protest was also aimed at resisting the Indian attempt to change the demography of IOK by settling outsiders in the occupied territory. 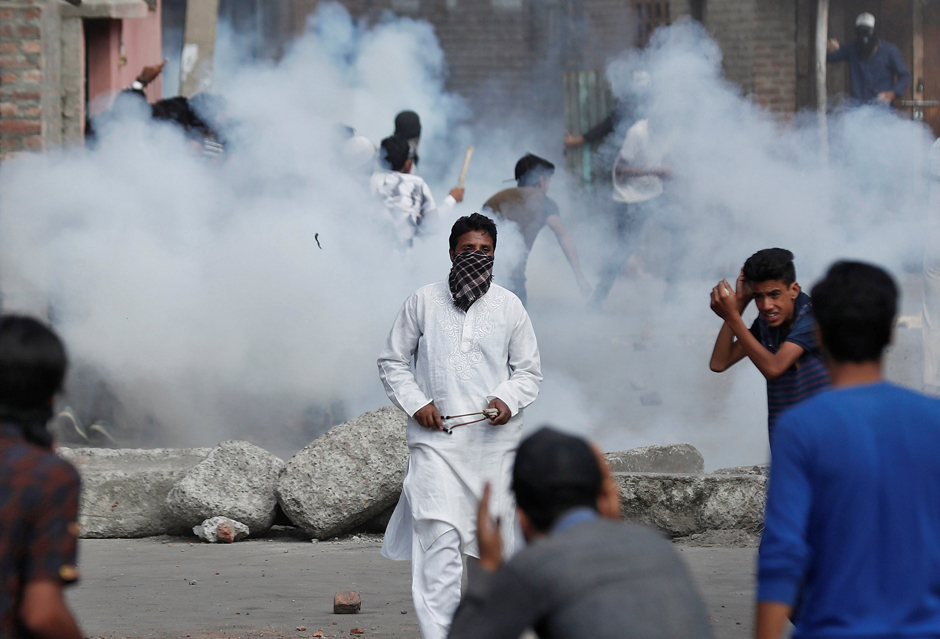 Kashmiris run for cover as smoke rises from teargas shells fired by Indian security forces during clashes in Srinagar on August 23, 2019.

On August 5, Prime Minister Narendra Modi’s Hindu nationalist government scrapped the autonomy of Occupied Jammu and Kashmir, a Muslim-majority region that has enjoyed special status in the Indian constitution since the country’s independence from Britain in 1947. 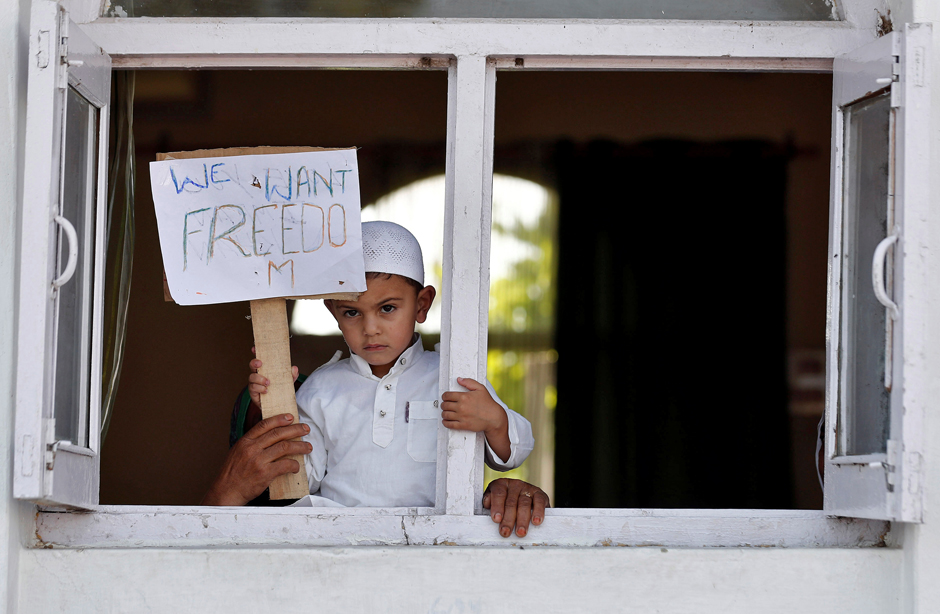 A Kashmiri boy displays a placard from a window at a protest site after Friday prayers during restrictions in Srinagar on August 23, 2019. 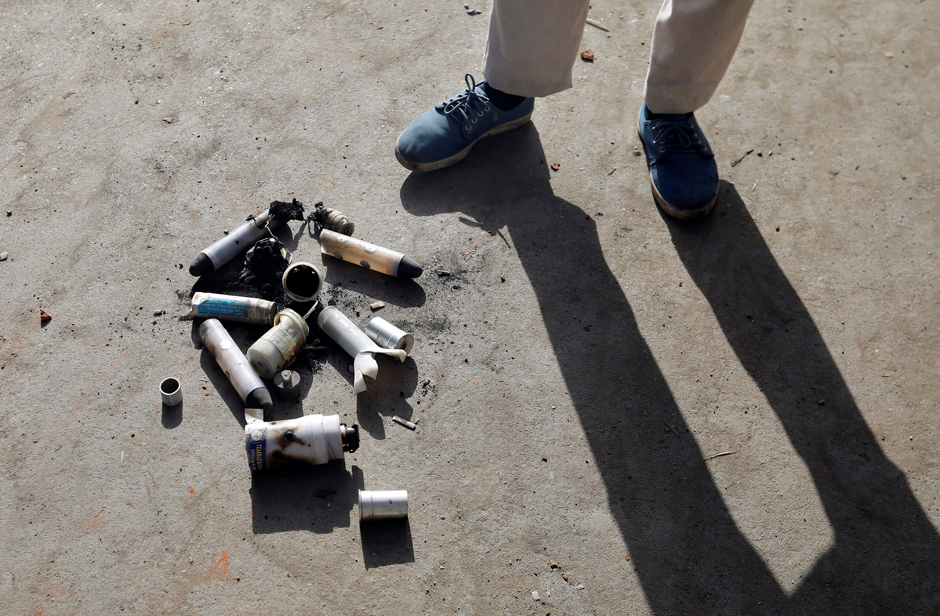 A Kashmiri boy stands next to empty teargas shells during clashes with Indian security forces in Srinagar August 23, 2019.

Residents in the Muslim-majority region have complained of a stifling environment as well as the inability to get in touch with family and friends worried about their wellbeing.

Kashmir has waged a three-decade-long armed rebellion against Indian rule with tens of thousands of lives, mostly civilians, lost in the conflict.

‘Microplastics in drinking water not a health risk for now’