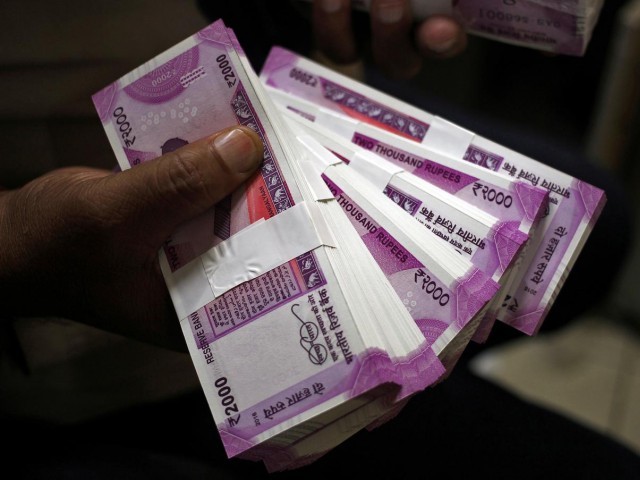 MUMBAI: Indian rupee fell to its lowest in more than eight months on Friday morning tracking weakness in other regional currencies, while concerns over flagging domestic growth also weighed on sentiment.

Foreign portfolio outflows from the equity markets are also hurting the rupee.

By 0352 GMT, the partially convertible rupee was trading at 72.04/05 per dollar, its weakest level since December 14.

Almost all Asian currencies were trading weaker against the dollar.

Earlier in March, the Indian rupee rose to its highest level in more than seven months and traded at 68.65/66 per dollar after touching 68.62, its strongest level since August 9, 2018.

The rise was fuelled by strong dollar inflows with broad weakness in the US currency at the time.

“I don’t think many would have expected such sharp appreciation with the RBI not intervening aggressively and with inflows still lined up, the next support is 68.50,” he said.

The RBI also planned to swap rupees for dollars for a total of $5 billion with domestic banks which was expected to help achieve its twin objectives of pushing interest rates down while also preventing a sharp appreciation in the rupee.