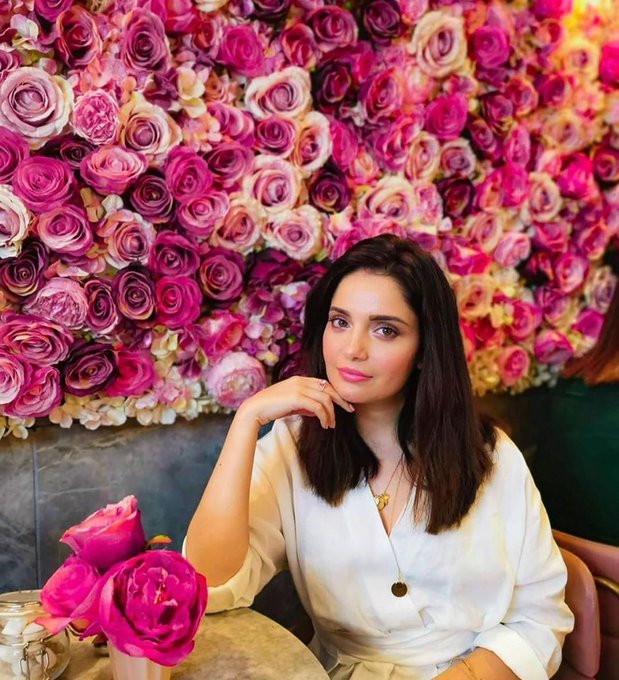 KARACHI: Canadian-Pakistani Armeena Khan has revealed on Twitter that she will be meeting representatives from UNICEF to discuss the ongoing crisis in Kashmir soon.

The award-winning actor and model has been outspoken over the atrocities occurring in Indian-occupied Kashmir (IoK), writing she will be giving a full update about the meeting with no details spared.

“Off to London. May the prayer of the innocent Kashmiris be answered, aameen,” Armeena tweeted recently. “This is a small step but the right one. May all that is good in this world prevail over wanton evil.”

Update: @frk1 and I have been given an audience tomorrow in London with #UNICEF at their offices. It will be a closed door meeting but I want you to send in your questions too if there’s anything specific. I know the hard questions that I’ll definitely be asking. Cheers. #Kashmir

Ill be giving a FULL update to the public. No details will be spared.

The Real Target star is in London preparing for her meeting with the humanitarian group. Recently, Armeena also criticised Bollywood star Priyanka Chopra for ‘warmongering’ during tensions between Pakistan and India earlier in this year. The controversy fired up again when Aisha Malik criticised the actor-turned-UNICEF ambassador for promoting war during a BeautyCon appearance.

Armeena Khan asks UNICEF to distance itself from Priyanka Chopra

At an incident in Los Angeles earlier this month, Priyanka responded to Aisha’s query saying, “I have many, many friends from Pakistan and I am from India. War is not something I’m really fond of but I am patriotic, so I’m sorry if I hurt sentiments of people who do love me and have loved me. I think that all of us have a, sort of, middle ground that we all have to walk. Just like you probably do as well. The way that you came at me right now… girl, don’t yell. We’re all here for love.

“Whenever you’re don’t venting”. Sorry, didn’t realize that speaking on a humanitarian crisis was “venting” pic.twitter.com/OqCLgjDNa1

Among the celebrities calling her out was Armeena, along with er fiance Fesl Khan, who penned an open letter to the UN, urging the organisation to distance itself from the actor.

The Jaanan starlet called out Priyanka for “deprecating peace in favour of her patriotism at any cost,” as well as asking UNICEF if it endorses her stance on patriotism.

A UNICEF representative has since responded to calls to remove the Bollywood superstar from her ambassadorship. “When UNICEF ambassadors speak in their personal capacity, they retain the right to speak about issues that interest or concern them,” Stephane Dujarric, the spokesperson for Secretary-General Antonio Guterres, said at a daily briefing on Thursday.