Did not offer to mediate on Kashmir issue: Sri Lankan president

Did not offer to mediate on Kashmir issue: Sri Lankan president 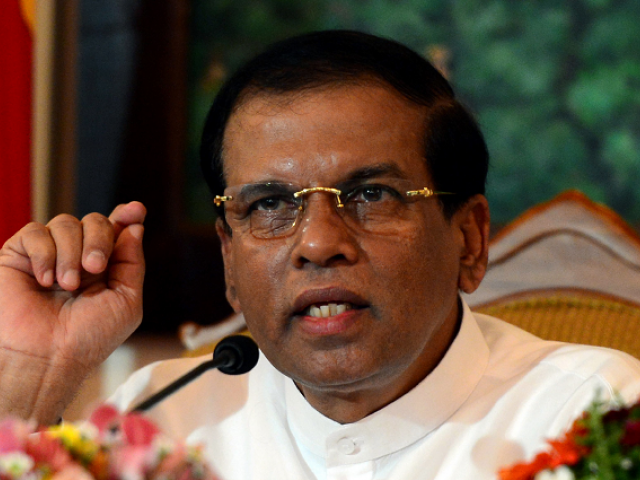 ISLAMABAD: Maithripala Sirisena on Friday distanced himself from Islamabad’s claims that Sri Lanka offered mediation and facilitation of dialogue between Pakistan and India to re-activate the SAARC forum.

A statement issued by the president’s office said that he did not make any other comment on the issues pertaining to India and Pakistan.

Following the meeting, a press statement issued by the Pakistan High Commission stated that the Sri Lankan president had offered to mediate between India and Pakistan on the Kashmir issue

“The president gave a patient hearing to the Pakistan high commissioner’s views and stated that both India and Pakistan have excellent friendly relations with Sri Lanka and Sri Lanka’s interest is to see the growth of regional cooperation and friendship,” the statement quoted the president as saying.

On August 5, Modi’s Hindu nationalist government scrapped the autonomy of occupied Kashmir, a Muslim-majority region that has enjoyed special status in the Indian constitution since the country’s independence from Britain in 1947.

Merkel urges de-escalation of tensions and resolution of issues peacefully