SC lays down criteria for admissibility of Malik's video

SC lays down criteria for admissibility of Malik's video

CJP Khosa notes video cannot be of legal benefi­t to Nawaz unless it is produc­ed before the IHC
By Hasnaat Malik
Published: August 23, 2019
Tweet Email 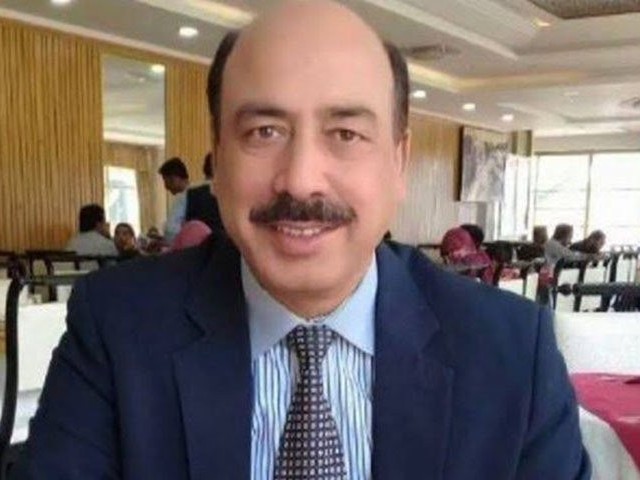 ISLAMABAD: Issuing its judgement on Judge Arshad Malik’s scam, the Supreme Court has laid down strict standards for the admissibility of video/audio type before the court of law.

A three-judge bench, headed by Chief justice of Pakistan Asif Saeed Khosa and comprising by Justice Sheikh Azmat Saeed and Justice Umar Ata Bandial, in its 25-page verdict laid down the criteria to explain as to how a video would be considered as genuine and how this evidence could be proved before a court of law.

The chief justice while authoring the verdict framed five questions in the order. The court stated that proper forum to adjudicate the matter was the Islamabad High Court (IHC).

It also held that the standard of proof required in a criminal case was beyond reasonable doubt and any realistic doubt about an audio tape or video not being genuine might destroy its credibility and reliability.

About the question to determine the video as a genuine piece of evidence, the apex court stated that with the advancement of science and technology it was now possible to get a forensic examination, audit or test conducted through an appropriate laboratory so as to get it ascertained whether an audio tape or a video was genuine and such examination, audit or test could also reasonably establish if such an audio tape or video had been edited, doctored or tampered with.

However, the Sharif family’s legal team believed that the apex court went beyond its jurisdiction, especially by telling the IHC as to how to proceed and what kind of quantum of evidence to call for before admitting evidence.

A senior PML-N lawyer while talking to The Express Tribune said pre-conditions for proving/admitting evidence in support of the video was virtually not possible to establish given the facts of this case.

He said instead of confining itself on the judge’s issue, the apex court laid down the criteria which would affect the fate of an individual who was neither a party nor was called for a hearing in this matter.

Laying down requirements, the court noted that no audio tape or video could be relied upon by a court until the same was proved to be genuine and not tampered with or doctored.

It said under Article 164 of the Qanun-e-Shahadat Order, 1984, it laid at the discretion of a court to allow any evidence becoming available through an audio tape or video to be produced.

“Accuracy of the recording must be proved and satisfactory evidence, direct or circumstantial, has to be produced so as to rule out any possibility of tampering with the record.”

It stated that an audio tape or video sought to be produced as evidence should be the actual record of the conversation like as and when it was made or of the event as and when it took place.

The voices recorded or the persons shown must be properly identified.

The evidence sought to be produced through an audio tape or video had to be relevant to the controversy and otherwise admissible.

Safe custody of the audio tape or video after its preparation till production before the court must be proved.

The court stated that the date of acquiring the audio tape or video by the person producing it before the court ought to be disclosed by such person.

Earlier, the court noted that the relevant video could not be of any legal benefit to Nawaz Sharif unless it was properly produced before the IHC in the pending appeal, its genuineness was established and then the same was proved in accordance with the law for it to be treated as evidence in the case.

“There cannot be two opinions about the legal position that it is that court alone which can at present maintain, alter or set aside such conviction and sentence on the basis of the evidence brought on the record,” stated the order.

The order stated that any commission constituted by the government or by this court, any inquiry or investigation conducted by the police or by any other agency and any probe into the matter by any other institution or body could only render an opinion in the matter of the relevant video which is treated by the law as irrelevant and it could not per se be treated as evidence for the benefit of Nawaz in his appeal pending before the IHC, stated the verdict authored by CJP Khosa.

It also stated that the necessity of taking additional evidence at the appellate stage should be felt by the appellate court itself and the same was not to depend upon what a party to the appeal thought of such necessity.

The court noted that it was, thus, obvious that in the context of the present matter if the IHC either on its own motion or on an application submitted by the appellant namely Nawaz Sharif, felt the necessity of taking additional evidence in the form of the relevant video then it might record its reasons for feeling such necessity and might then follow the steps mentioned in Section 428 of the CrPC.

“It goes without saying that in such a case the relevant video may be taken as (additional) evidence only after complying with the requirements for proving a video before a court of law.”

The court stated that either on its own motion or on an application submitted by the appellant namely Nawaz Sharif or any other party to the case then the IHC would decide as to whether the conduct of the Judge of the trial court depicted through the said video, if found to be objectionable, had caused any prejudice or not.

The court stated that  if the high court came to the conclusion that the process of trial and the evidence recorded during the trial were not affected by the conduct of the learned judge of the trial court, then the IHC had the option either to reappraise the evidence itself and decide the appeal on its merits after reaching its own conclusions on the basis of the evidence available on the record or to remand the case to trial court for re-deciding the case after hearing of arguments of the parties on the basis of the evidence already recorded.

“We would not like to comment on these aspects any further as the choices available with the high court in the above mentioned eventualities would lie within the jurisdiction and discretion of the high court and such choices would be exercised by it on the basis of the facts found and the conclusions reached by it.”

Regarding the conduct of the judge, the order stated that his admitted conduct emerging from that press release and the affidavit stinks and the stench of such stinking conduct had the tendency to bring a bad name to the entire judiciary as an institution.

“He had unabashedly admitted in the press release and the affidavit that he had a shady past and had skeletons in his cupboard for which he was vulnerable to blackmail, during the trial being conducted by him he had been holding private meetings with sympathisers of the accused person being tried by him, he was threatened and inducements were offered to him during the trial but he had not reported the same to any superior authority and had never considered recusing from the trial, after convicting the accused person in the trial he had met the convict at his residence in a different city, he had even met a son of the convict in a different country and finally he had tried to help the convict in his appeal filed against his own judgement by dictating some grounds of appeal and pointing out some stated weaknesses in the case against the convict convicted by him.”

The court stated that such admitted conduct of the judge was shocking, to say the least, besides being abhorrent and offensive to the image of a judge in the society. His sordid and disgusting conduct had made the thousands of honest, upright, fair and proper judges in the country hang their heads in shame, it added.

The court expected that after his repatriation, appropriate departmental disciplinary proceedings shall be initiated against him by the Lahore High Court forthwith.