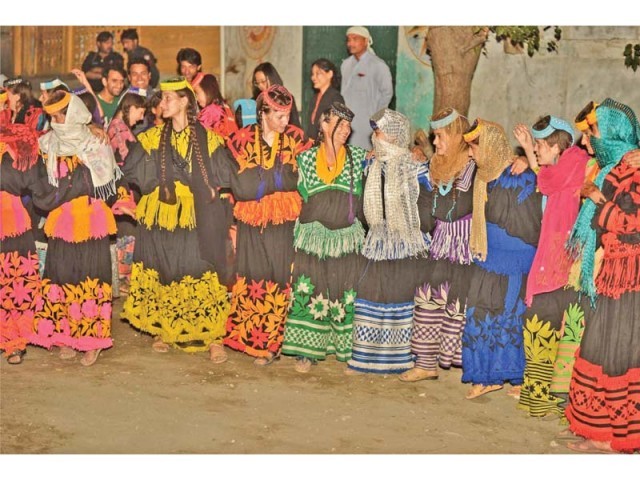 PESHAWAR: Several foreign and domestic tourists, who had travelled to the remote Kalash valley, enjoyed the three-day Uchau festival in the scenic Chitral district.

The festival had kicked off earlier in the week on August 20 in Rambur, Bamburet, Anish, Broon Karakul and other small villages of the Kalash valley.

On the first day of the festival, young boys and girls of the valley gathered at the community hall in Rambur and sang songs and danced to the drumbeat as they celebrated the annual harvest.

Members of the Kalasha community prepared cornbread, buttermilk and cheese and distributed them amongst the locals as well as foreign and domestic tourists who had arrived to participate in the festival.

The women and girls wore their traditional black robes, ornate cowries shelled headdresses and adorned with coloured necklaces and danced in a circle.

During the festival, prayers and processions were held at a high plateau outside the village in Balangkuru where the long night of dancing was held. The festival came to a close on Thursday.