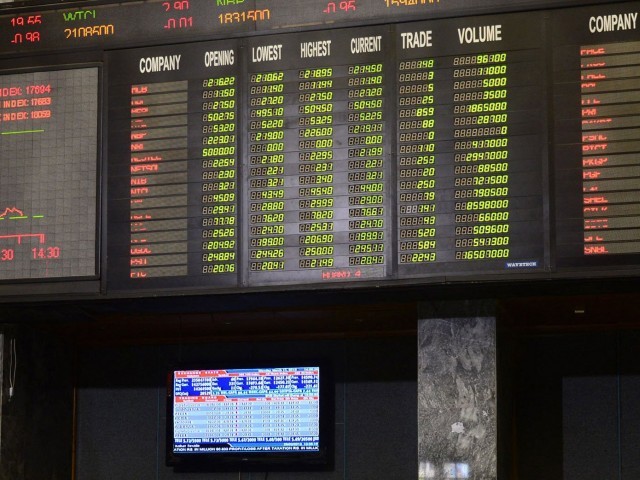 KARACHI: Bulls continued to reign at the Pakistan Stock Exchange on Thursday as the market advanced rapidly for the fourth successive session, powering past the 31,800-point mark.

In the morning, trading began on a positive note as the index jumped over 900 points on the back of investor interest in stocks across the board on strong valuations. Upbeat current account data and stability in the rupee against the US dollar added to the optimistic mood, thus pushing the index higher.

Overall sentiment also improved on the possibility of a favourable outcome with regard to the Financial Action Task Force’s (FATF) pending decision. On the other hand, greater interest in the subscription of long-term bonds acted as a catalyst, which helped the index close on a bullish note.

Market participation was seen in exploration and production (E&P), cement and fertiliser sectors.

In the E&P sector, Oil and Gas Development Company (OGDC, +5%), Pakistan Petroleum Limited (PPL, +4.3%) and Pakistan Oilfields Limited (POL, +5%) remained in the green as oil prices edged higher in the international market after a drawdown in US crude inventories.

“Moving ahead, we expect the market to show positive trend on the back of favourable news about FATF status for Pakistan ahead of the final meeting,” the analyst said.

Topline Securities, in its report, stated equities continued to show colossal gains during the day due to attractive valuations, which were further boosted by E&P companies that contributed 212 points following discovery of a development well in the Makori block.

In the exploration sector, stocks of OGDC, Mari Petroleum, PPL and POL gained in the range of 4-5%, it said.

Overall, trading volumes increased to 261.7 million shares compared with Wednesday’s tally of 134.6 million. The value of shares traded during the day was Rs7.6 billion.

Shares of 389 companies were traded. At the end of the day, 334 stocks closed higher, 41 declined and 14 remained unchanged.

Foreign institutional investors were net sellers of Rs406.96 million worth of shares during the trading session, according to data compiled by the National Clearing Company of Pakistan.