People have a lot to say about Hamza, Naimal's 'platonic friendship'

People have a lot to say about Hamza, Naimal's 'platonic friendship'

'Hamza's weddin­g note is the worst thing I have ever read in my life and I used to read twilig­ht fanfic­tion for...
By Entertainment Desk
Published: August 22, 2019
Tweet Email 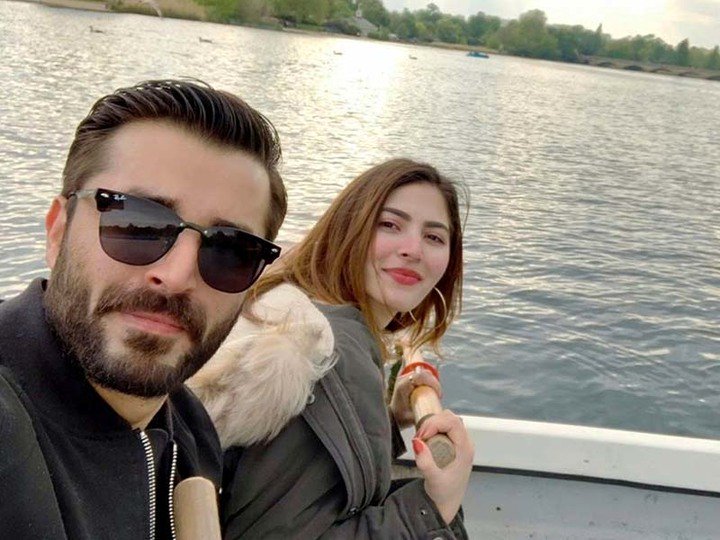 After rumours surfaced that actor Hamza Ali Abbasi was set to marry the Aana star Naimal Khawar, the former on Wednesday has finally spoken out not only confirming the news but also sharing that the couple are inseparable.

In a statement, Abbasi said the couple would have a nikkah on August 25 followed by a Valima ceremony on August 26.

Yup, its true. P.S Massive respect to Naimal for being ok with a Ganja me on Nikkah ♥️ pic.twitter.com/8z9Uns0xo3

“We can’t breath without each other now,” the actor wrote on Facebook on Wednesday. He added that they were looking forward to a lifetime of happiness and making efforts to please Allah together.

Twitter weighed in on the actor’s confirmation regarding his wedding. While some called his statement on the matter ‘absurd’, others lauded him for keeping his private matters, private.

Hamza Ali Abbasi's wedding note is the worst thing I have ever read in my life and I used to read twilight fanfiction for fun.

The audacity of this guy to claim that he is solely doing this to please Allah!! DUDE why not stop acting or give charity or something. He will be using the same excuse to marry 3 other girls as "4 wives is sunnah". I am appalled#HamzaAliAbbasi#Naimal

Some people make biryani for themselves cuz they're either hungry or bored. These are all good reason y'all. I'm basically a pulao person but imma make biryani cuz my sole reason is to please Allah. #HamzaAliAbbasi #HamzaWedsNaimal pic.twitter.com/wInjfrKEbW

Hamza Ali Abbasi chose to marry his friend because he liked her instead of playing around and being her boyfriend. I think it's beautiful. Ya'll critisize each and everything when it comes to hamza. Just stfu

Haters are gonna hate, but after this post, this person has no doubt gained massive respect in the eyes of so many people out there. May Allah bless them with loads and loads of happiness in this world and the world hereafter. (3/3)#HamzaAliAbbasi #Hamzawedsnaimal #Haimal

Some people can’t stand with reasoning —maybe they don’t have it. All they do is criticism 4 the sake of criticism. They criticise an individual or his/her personal associations, rather than evaluating the soundness & validity of the argument that they presents. #HamzaAliAbbasi

#HamzaAliAbbasi and #naimalkhawar were so lowkey about their relationship/wedding and thats exactly the way it should be❤️ Beautiful couple that didnt need Public Attention or did anything to get press like other celebs these day. Dua for both: pic.twitter.com/jbha8zwHE6

I think #HamzaAliAbbasi didn't say he hates marriage. I think he meant he couldn't think of marriage before but now he seriously thought of getting married. (because of Allah or religion)

I'm not his wakeel but please cut the guy some slack.

What’s your take on Abbasi’s statement? Let us know in the comments below.