And they alread­y know the gender!
By Entertainment Desk
Published: August 22, 2019
Tweet Email 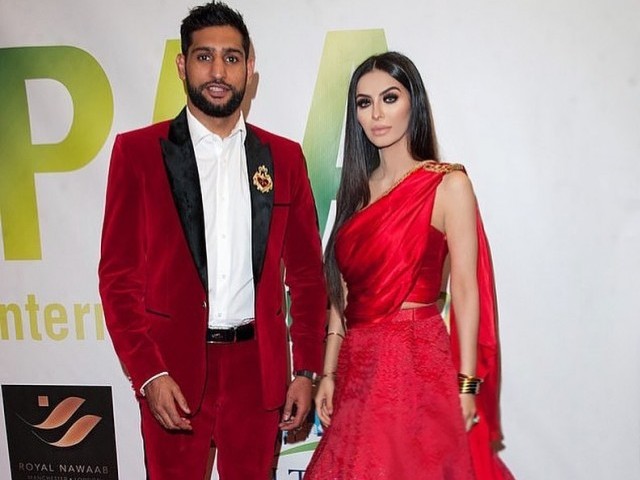 It’s good news for boxer Amir Khan and his wife Faryal Makhdoom. The pair took to Instagram to announce they are expecting their third child with a gender reveal, in which they showed their fans they are having a baby boy.

They posted a short video to reveal the gender of their child, which saw Amir punch a balloon to burst it and find out whether they are having a girl or boy.

In true Amir and Faryal fashion – who are known for hosting elaborate parties and sharing them on social media – blue confetti rained down over them, as they embraced each other in a hug once the gender of the baby was revealed.

**GENDER REVEAL** We’re having Baby no. 3 what will it be?! Big shout out to @luxe.balloon.co #genderreveal

In a sweet video clip Faryal posted on her Instagram, the couple stand on either side of a giant balloon, and Amir is wearing a boxing glove on his right hand.

“Guys, we’re having our third child and we’re so excited and nervous at the same time,” she said during the video. “He or she? What will baby Khan be?”

Amir adds,”So I’m gonna punch the balloon to see what the gender is.” As it explodes and showers them in blue confetti, he shouts: “Oh wow, it’s a boy.” Faryal then covers her face with her hands and appears to be crying tears of joy as her husband wraps his arms around her. 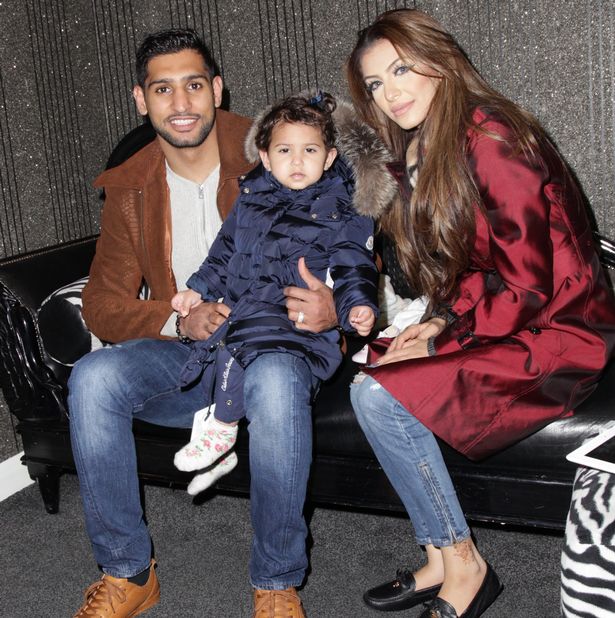 Needless to say, after the video was shared many fans took to the social media platform to give their congratulations. One user wrote,”Watched it 10 times, very happy for you, tons of congrats, best wishes and prayers on the way for you. Stay blessed.”

“I literally squealed! So happy for you guys, may Allah protect your family, always” another user said. Another replied, “A baby brother for your two girls how beautiful.” 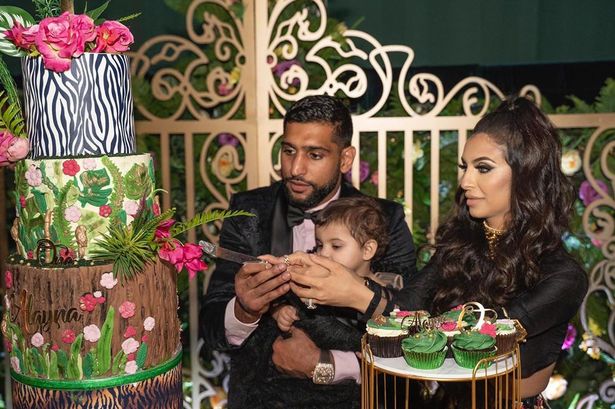 The couple already have two daughters, Alayna and Lamaisah. However, they also came under the spotlight recently after splashing out a whopping £75,000 on their youngest daughter’s first birthday party.

Amir and Faryal, who married in May 2013 at the Waldorf Astoria in New York, wowed their toddler with brightly coloured decorations, an enormous cake and loads of friends and family at a special rainforest-themed bash.

People have a lot to say about Hamza, Naimal’s ‘platonic friendship’