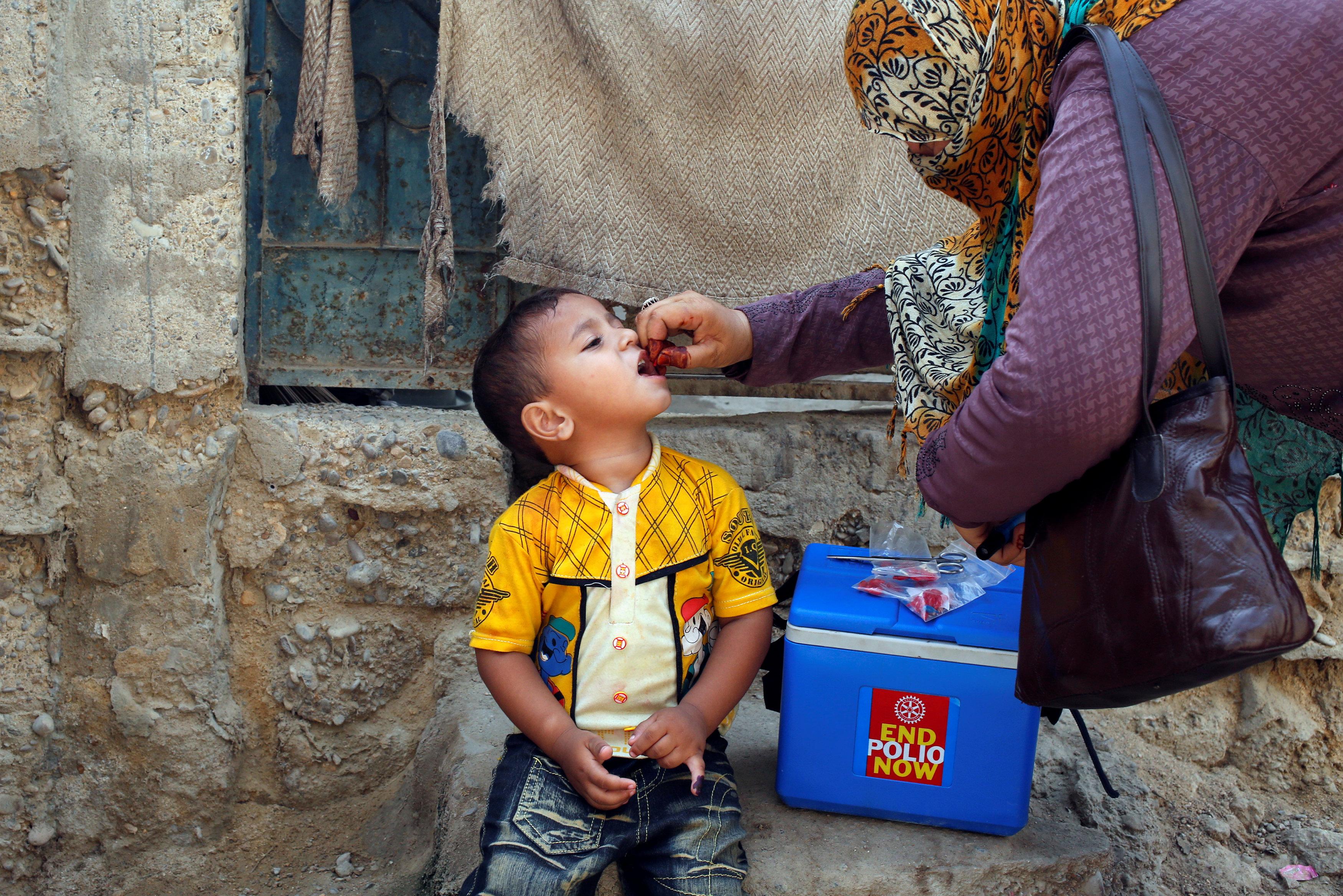 PESHAWAR: As the Prime Minister called for undertaking effective immunization campaigns against polio in the province, the provincial information minister on Wednesday said that they will not tolerate anyone who tries to hamper the vaccination drive.

As Khyber-Pakhtunkhwa (K-P) Chief Minister Mahmood Khan attended the high-level meeting in Islamabad, K-P Information Minister Shaukat Yousafzai said that all stakeholders, including the international community, the federal and the provincial governments were trying their level best to eliminate polio menace from the country.

He urged parents to keep their children healthy by administering polio drops to them.

“Administering polio drop to children is our national obligation for a healthy and bright future, he said, adding that people should not heed the calls of those who are trying to deceive them.

With as many as 41 polio cases reported across the province so far this year — including 12 from the erstwhile federally administered tribal areas (Fata), the information minister said that the provincial government and the prime minister have taken notice of the increase in polio cases.

He warned that those seeking to damage the polio campaigns will be dealt with iron hands.

“We vow that our next generation will be polio-free and those who are conditioning their demands with the polio campaign should listen up that we will not succumb to their pressure tactics,” Yousafzai said in a slight to the traders of Bannu who have warned to boycott the upcoming immunization drive unless sales tax are withdrawn.

He added that if the demands of protesters are real, the government will be happy to sit with them and discuss the issues.

Later, while speaking at a seminar in Islamabad on “Investment Opportunities in K-P: Driving sustainable development in the province”, he invited public representatives and Investors to join hands for the rapid development of the province apart from wooing those local manufacturers and producers who have moved their money out of the country.

He added that there were tremendous investment opportunities in K-P, particularly in the fields of tourism, oil, gas, mines and minerals exploration, along with energy production —both hydel and solar.

In a post-conflict and post-(China Pakistan Economic Corridor (CPEC) world, he said that that opportunities for investors had increased manifold.

To make remote areas of the province more accessible, he said that they were working on building a large number of road networks in the province, most of which have been completed or are on the verge of completion.

The result of this development, particularly the advent of CPEC has been that prices of land in areas such as Shangla and Swat have started to skyrocket.