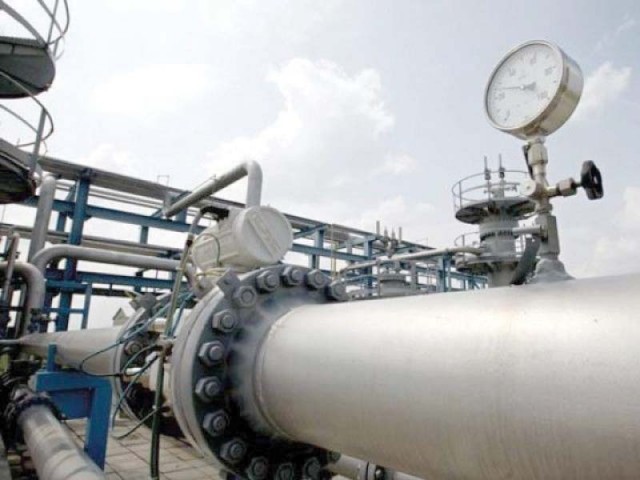 In January this year, the PTI government had decided to bail out big defaulters by waiving 50% of their outstanding bills. PHOTO: FILE

ISLAMABAD: The Pakistan Tehreek-e-Insaf (PTI) government is set to write off a minimum Rs208 billion in favour of a handful of industrialists with the stroke of a pen after it and the previous two governments failed to recover dues on account of gas infrastructure development cess (GIDC).

The government is in the process of promulgating a presidential ordinance, according to a statement given by the director general gas in a meeting of the sub-committee of Public Accounts Committee (PAC) on Tuesday. The amount that the PTI government is going to waive in favour of the industrialists, mainly Karachi-based, is close to the total loans written off from 1971 to 2009.

Commercial banks wrote off Rs256 billion between 1971 and 2009, according to the details submitted in the Supreme Court a few years ago. Depending on the settlement date, the amount may exceed Rs208 billion.

Total GIDC dues stand at Rs416.3 billion as of the end of December 2018 and according to a proposed ordinance, half of the amount will be written off in favour of just four sectors – fertiliser, textile, power generation and compressed natural gas (CNG).

The Petroleum Division has submitted details of the outstanding cess in the National Assembly in response to a question raised by Pakistan Muslim League-Nawaz’s (PML-N) Member of National Assembly Ali Pervaiz. The cumulative GIDC since 2012 stood at Rs701.5 billion till the end of December 2018, of which only Rs285 billion had been paid.

The Petroleum Division ducked questions about the unjust treatment being meted out to those industries which have already discharged their legal obligations. The division also did not answer a question on whether it would compensate those companies.

In January this year, the PTI government had decided to bail out big defaulters by waiving 50% of their outstanding dues. It has now decided to promulgate a presidential ordinance to amend the GIDC law aimed at waiving half of the outstanding cess. Only half a dozen fertiliser companies will be given a benefit of Rs69 billion, which they have recovered from the poor farmers but have refused to deposit in the national kitty. The total outstanding amount against them was Rs138 billion as of the end of December. Fertiliser firms are still recovering the GIDC from the farmers.

The Pakistan Peoples Party (PPP) government had imposed the GIDC, which the industrialists challenged in courts. Subsequently, the PML-N government amended the law in 2015 but still the industries refused to discharge their legal obligations.

It seems that the PPP, PML-N and PTI governments lacked the political will to recover the huge sum from the powerful and influential industrialists.

However, the people who have remained involved in sorting out the GIDC dispute argued that there was no other way except to settle the row out of the court. They said the government had a strong case to recover the dues under the 2015 GIDC legislation but the 2011 legislation was weak.

If one goes by this argument, the government is in a position to recover at least Rs269 billion as of end-December 2018, which remains outstanding under the 2015 GIDC legislation. Under the 2011 legislation, the total outstanding amount was Rs147.2 billion.

These companies also owed interest payments on the unpaid bills, which would be sufficient to compensate for the Rs147-billion loss.

The last PML-N government had also addressed legal deficiencies in the 2011 legislation through Section 8 of the 2015 law, which validated the cess imposed and collected in the past. Sources said the cess concession was going to benefit only a few tycoons in Sindh. These people involved in the business of fertiliser, captive power and textile have huge liabilities. Total dues against the textile sector were Rs42.5 billion, of which about Rs21.2 billion would be waived, according to the Petroleum Division’s statistics.

The liabilities against captive power plants stood at Rs91.4 billion and half of it would be waived, according to the Petroleum Division information. The CNG sector owed Rs80.1 billion, of which Rs40 billion would be written off, subject to promulgation of the presidential ordinance. While looking at the liabilities of the two public gas utilities, the Sindh-based industrialists will be the main beneficiaries. SSGC’s total arrears stood at Rs178 billion even after payment of Rs56 billion, according to the Petroleum Division data.