A resurg­ent ISIS-Afghan­istan has some fruits for India in this quagmi­re
By Imran Jan
Published: August 22, 2019
Tweet Email 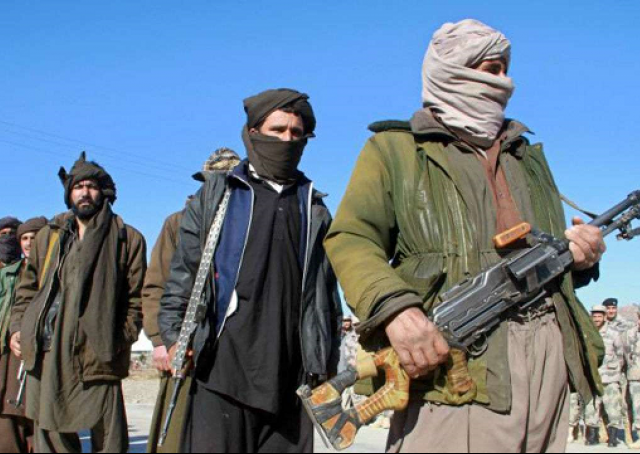 Peace talks between the United States and the Taliban have been going on for a while now, and are headed towards a final deal where the Americans would withdraw from Afghanistan and the Taliban would guarantee that their country wouldn’t be used by terrorist groups planning attacks against the US. The bargain is acceptable to both sides and the modalities are being worked out to reach a final deal.

It is a fact, not an opinion, that there is one country, namely India that is opposed to America’s withdrawal from Afghanistan. Their only stooge, the regime in Kabul headed by Ashraf Ghani, seconds the anti-withdrawal urge. India opposes the American withdrawal because that would bring down their allies of convenience by the Taliban. That would be a fatal blow, if not the total demise of the Indian influence in Afghanistan.

America is war-weary and wants to withdraw from its longest war. Pakistan is helping the US in achieving exactly that. This isn’t the first time that Pakistan is helping America in Afghanistan, except this time the help is to end a war, rather than wage one. The Taliban wants to see an end to the military occupation of their land. For reasons including peace, economic, and developmental, Pakistan wants to see America exit Afghanistan.

It is in the Taliban’s DNA to fight for the motherland. They do not adhere to the Takfiri jihadist ideology of al Qaeda or the caliphate resurrection and anti-Shia ideology of ISIS, nor have global designs like the two groups. Instead, their only focus is liberating Afghanistan and living there as free Afghans.

For a few weeks, there has been a debate between the American Intelligence and the Pentagon regarding the potential threats in Afghanistan. The Pentagon argues that ISIS-Afghanistan represents a brewing threat to American security while the Intelligence community disagrees. After it has been realised that President Trump is close to materialising his foreign policy goal of ending the Afghan war, this question of “what-about-ISIS” has been thrown in to muddy the waters. Influential Washington insiders such as David Petraeus have started sounding the alarm bells about ISIS-Afghanistan.

Then there is the wedding attack in Kabul by ISIS that left 63 dead and nearly 200 wounded—a tragedy beyond words—and the Independence Day attacks in restaurants and public squares that injured scores. As of the writing of this piece, no group claimed responsibility for the latter attack. However, ISIS has now been made the new face of trouble in Afghanistan.

A resurgent ISIS-Afghanistan has some fruits for India in this quagmire. It highlights the narrative that the Taliban cannot provide the guarantee that their soil wouldn’t be used by terrorists; the main quid pro quo the Americans want from the Taliban in exchange for withdrawal. And that Afghanistan is still a fertile land for terrorist groups to operate, so Washington should rethink withdrawing.

It also hints at the argument that if America exited from Afghanistan, ISIS-Afghanistan would fight turf wars with the Taliban, both territorial as well as ideological, further weakening the Taliban’s guarantee. It hardly surprising that the Afghan President, Ashraf Ghani, in his Independence Day address said, “Our fight against the Daesh will continue,” referring to ISIS by its Arabic acronym.

More importantly, the Indian Plan-A in Afghanistan is to delay the American withdrawal by using the ISIS monster, as highlighted above. However, if America does go ahead with the withdrawal, sealing Ghani’s fate, then Plan-B would be for India to back ISIS, filling in Ghani’s shoes in providing a counterforce to the Taliban with whom Pakistan has some influence. In either case, the Indian strategy appears to be strengthening ISIS-Afghanistan. India is not only playing with fire in Kashmir but in Afghanistan and the heat from both places will reach it very soon.