Man arrested in Spain for 'upskirting' over 500 women

Man arrested in Spain for 'upskirting' over 500 women

Accuse­d upload­s 283 videos to pornog­raphic site where they were viewed over a millio­n times
By AFP
Published: August 21, 2019
Tweet Email 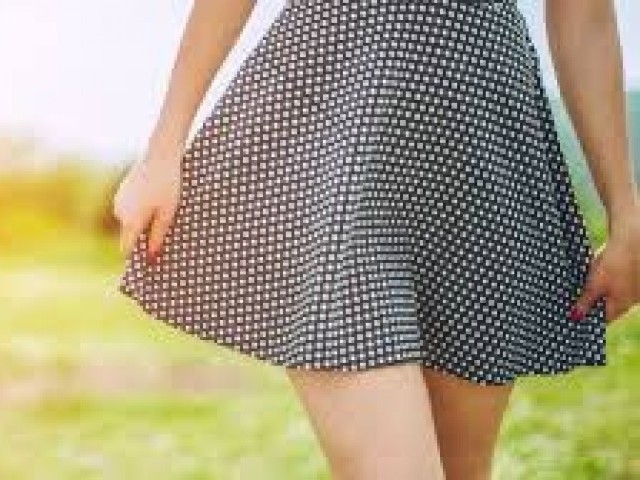 MADRID: Spanish police said Wednesday they have arrested a man suspected of secretly recording videos of the underwear of over 500 women, some of them minors, on public transit and supermarkets.

The man allegedly used a mobile phone concealed inside a backpack which he placed on the ground to take pictures up women’s skirts in Madrid without their consent, a practice known as “upskirting”, police said in a statement.

He then uploaded at least 283 of these videos to a pornographic site where they were viewed over a million times.

Police arrested the 53-year-old Colombian national while he was in the act of recording up the dress of a woman on the Madrid metro using a “strategically placed mobile phone” in his backpack, the statement said.

He “acted in a compulsive way, daily, recording all the women that he could,” it added.

During one five-day period he recorded 29 different women, police said.

The man operated in the metro and commuter trains and “in some cases followed some of the women from the metro to supermarkets to continue recording them,” Rafael Fernandez of the cybercrime unit of Spain’s national police told reporters.

Officers seized a laptop and three hard drives from his home which had videos with images of hundreds of women whom he secretly recorded.

A total of 555 women, some of them underage, appear on the 283 videos which he posted online, Fernandez said.

Police have so far managed to identify 29 of the women, who have filed criminal complaints against the man, he added.

The man has been charged with violating privacy, corruption as well as child abuse and child prostitution since some of his victims were underage, Fernandez said. He has been remanded in custody pending his trial.

Britain specifically outlawed “upskirting” earlier this year following an 18-month campaign by a victim who was secretly photographed at a music festival.

In South Korea women have held regular mass protests against such secretly filmed pornography known as “molka” as anger over the issue grows in the country.