Kabul: carnage in a wedding hall

Kabul: carnage in a wedding hall

The path to peace has many roadbl­ocks that must be overco­me, such as the exit of foreig­n forces­
By Rustam Shah Mohmand
Published: August 21, 2019
Tweet Email 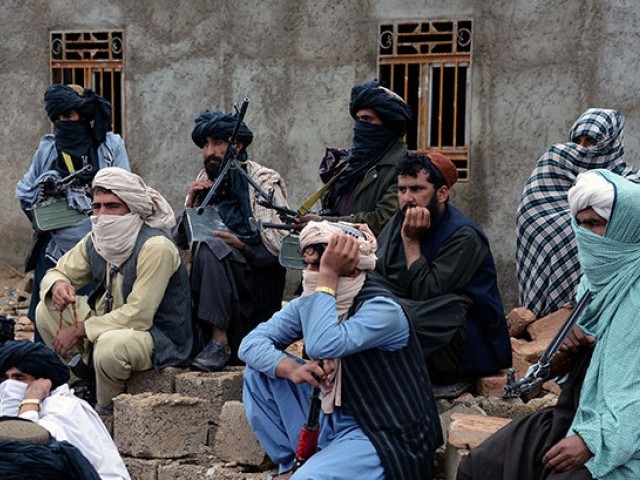 On Saturday, 17th of August, Daesh attacked a wedding reception at a hotel in western Kabul, causing death and destruction on a scale not seen in the capital for several months. The brutal outfit targeted the minority Hazara community who were gathered to celebrate a wedding. Sixty-three people were killed and 182 wounded in the blast, including many women and children.

This is not the first time Daesh has been able to penetrate the city’s defence layers and launched an attack against civilians — mostly those belonging to the Hazara community — as the war-ravaged Afghan capital has seen many attacks like the rest of the country.

Civilians have borne the brunt of an escalating cycle of violence in Afghanistan. The US and government forces, as well as insurgents, have caused death and mayhem on a large scale, mostly affecting the civilian population. Bombs have been dropped on populated clusters causing widespread damage to property, besides losses to human life all over the country. According to UNAMA, the UN mission on Afghanistan, more civilians were killed in the first half of this year by airstrikes deployed by US and government forces than at the hands of insurgents. More than 1,400 civilians were killed and about 2,400 wounded from January to June this year, out of which 717 died in attacks on populated areas by US and government forces.

The inability of the government to prevent or reduce the number of such attacks by insurgents is attributable to a growing lack of discipline and motivation in the ranks of the military; political uncertainty; divisions in the government tiers; the impending presidential election due to take place next month; and more importantly, the prospect of a new dispensation emerging as an outcome of the US-Taliban talks. As news spreads of an imminent peace agreement with the Taliban, the government forces are losing the motivation to fight. The Taliban are gaining ground as more than half of the country is now virtually under their control and influence. The Taliban were recognised as legitimate stakeholders in the power struggle in Afghanistan when the US became engaged in talks with the movement, and its leadership was constantly engaged in dialogue with Russia, China and Iran. Leaders of the movement recently visited Uzbekistan, where they met with the top government leaders in Tashkent and agreed to expand ties with the country.

This environment of uncertainty about the future of the incumbent government and the resultant lack of political will to fight the Taliban insurgency has further encouraged militant groups like Daesh to plan and launch deadly attacks on the government and other targets across the country. But the most unfortunate aspect of this growing cycle of violence is that the civilians have to bear the brunt of the resultant violence.

The wedding hall massacre of innocent civilians belonging to a particular community is a grim reminder of how polarised Afghan society has become in the wake of the long conflict. It also paints a bleak picture of the ethnic harmony in a multi-ethnic country. More importantly, it calls into question the ability of the Kabul government and its US backers to restore some semblance of peace in the cities they are supposed to control and administer.

As the gory drama, death and destruction takes its toll and as pain and suffering of the innocent continues unabated, Afghans are desperately waiting for some providential intervention that would usher in an era of peace and tranquility. But the path to peace has many roadblocks that must be overcome, such as the exit of foreign forces, an agreement on an interim government, complete mainstreaming of the Taliban, guarantees of neighbours not fiddling with the political process in Afghanistan, and China and Russia agreeing to stand as guarantors for the US- Taliban deal, among others. These are formidable challenges, but the spirit of a united and peaceful Afghanistan should prevail to help resolve the many obstacles to peace.