It will be the first time since 1975 that summit will end withou­t commun­iqué
By Reuters
Published: August 20, 2019
Tweet Email 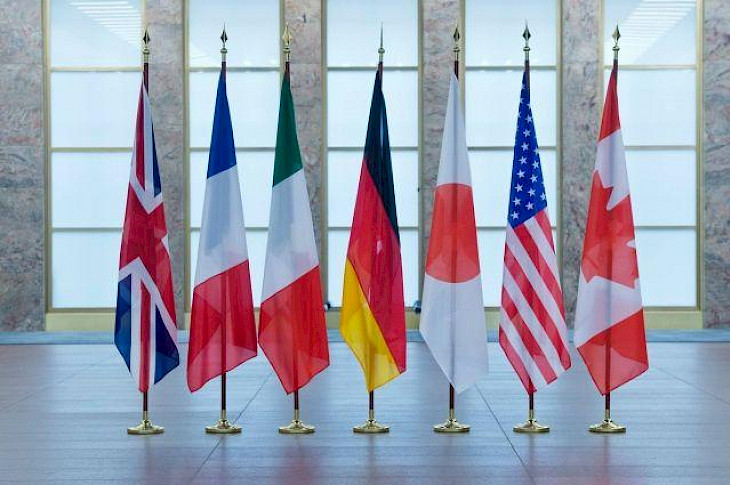 It will be the first time since 1975 that summit will end without communiqué . PHOTO: ONLINE

BIARRITZ, FRANCE: A Group of Seven (G7) summit to be held this weekend in France will likely end without a joint communiqué due to gaps between member nations on trade, a Japanese government official with knowledge of the matter said on Tuesday.

It would be the first time a G7 summit ends without a communiqué since meetings began in 1975, underscoring the rift US President Donald Trump’s “America First” trade policies have created among the G7 advanced economies.

“It’s crucial for everyone to create a common understanding through thorough debate. But it’s hard to deliver messages to the rest of the world when a communiqué isn’t going to be issued,” the official said, confirming an earlier report by Japan’s public broadcaster NHK that there was no plan so far to issue a communiqué after the G7 leaders’ meeting.

“There’s no doubt the G7 will discuss the impact trade frictions could have on the global economy,” the official told Reuters on condition of anonymity because he is not authorised to speak to media.

The summit, to be held in the south-western French city of Biarritz on Aug 24-26, comes at a time when the US-China trade war and volatile financial markets are putting pressure on policymakers to step up efforts to avert a global recession.

Finding common ground between allies has become increasingly tough at the annual summit with the United States, an outlier in its approach to handling disputes over trade and the environment.

Last year, Trump threw the G7’s efforts to show a united front into disorder by leaving early and backing out of a joint communiqué, undermining what appeared to be a fragile consensus on the trade row between Washington and its top allies. Trump has expressed his preference for bilateral trade pacts over multilateral agreements and is locked in a lengthy trade war with China.

He also pulled the United States out of the landmark Paris agreement to limit the effects of climate change against European opposition. As this year’s G7 chair, France is keen to make progress on a global debate on universal taxation on digital giants. But the leaders are unlikely to break new ground at the summit, the official added.