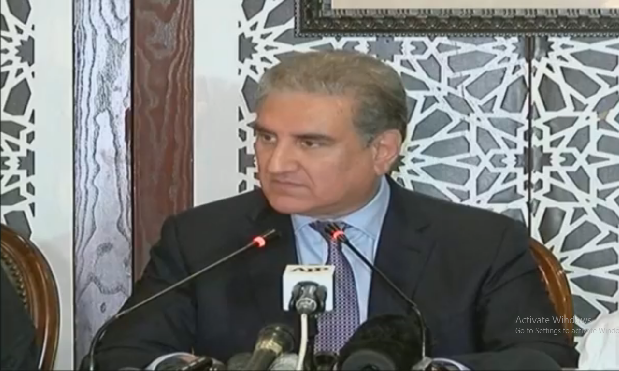 ISLAMABAD: Pakistan has decided to take the longstanding Kashmir dispute to the United Nations-affiliated International Court of Justice (ICJ) as part of its diplomatic offensive launched after India on August 5 revoked the special status of disputed territory.

Foreign Minister Shah Mehmood Qureshi confirmed the development on Tuesday, while speaking to a private news channel. Qureshi said the decision was taken after considering all legal aspects and added that the law ministry was working on the case and would soon share the details. The minister, nevertheless, emphasised that Pakistan had a strong legal case against India.

Separately, Prime Minister’s Special Assistant on Information Dr Firdous Ashiq Awan said the federal cabinet meeting chaired by Prime Minister Imran Khan had given the go ahead to approach the ICJ. She provided some indications that which issues Pakistan was contemplating to raise in its case.

According to Awan, Pakistan’s case would be focused on ‘human rights and genocide in Indian-occupied Kashmir.’ A panel of lawyers of international repute would be hired to present Pakistan’s case forcefully before the ICJ.

The move is part of Pakistan’s efforts to highlight the issue of Kashmir, especially after India unilaterally changed its status. India while abrogating the Article 370 of its constitution imposed curfew and other restrictions.

The clampdown has remained in place even two weeks after the Indian decision. There are reports that thousands of Kashmiris have been detained, while the residents under the lockdown are facing food shortage.