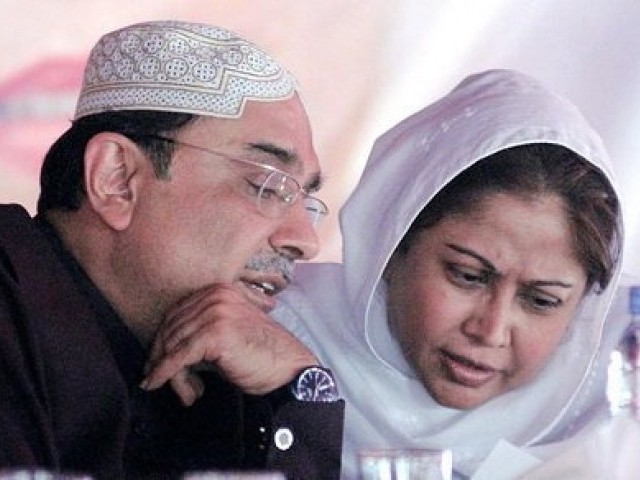 The case was transferred to Islamabad after a Karachi banking court accepted the National Accountability Bureau (NAB) transfer request filed following the Supreme Court judgment forwarding the joint investigation team (JIT) report to the bureau with directions to investigate and file references.

Zardari remained in National Accountability Bureau’s (NAB) remand till August 16 when the accountability court sent him to judicial remand after NAB prosecutor Muzaffar Abbasi apprised the court of new developments in the case.

Consequently, he was moved to Adiala Jail. Talpur, on the other hand, was shifted from Islamabad’s Polyclinic Hospital to Adiala jail at midnight on August 12.

On August 19, the defence counsel lamented to the court that their clients were ill-treated in jail. Zardari’s counsel Latif Khosa said the former president was suffering from a number of health issues that could pose a threat to his life.

On the other hand, Talpur’s lawyer Farooq H Naek pleaded that his client should be allowed to keep an iPad in jail to listen to religious scripture.

Meanwhile, NAB’s Deputy Prosecutor Sardar Muzaffar Abbasi apprised the judge that the anti-corruption watchdog had decided to file a supplementary reference against Zardari and Talpur in the money-laundering case in light of the new evidence found during the investigation.

The judicial remand for the Zardari siblings will end on September 5.