The perfor­mance was part of the Nation­al Minori­ty day progra­m
By ​ Our Correspondent
Published: August 20, 2019
Tweet Email 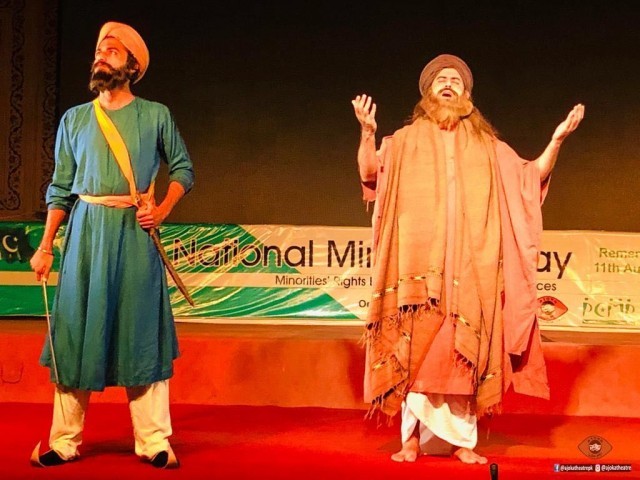 LAHORE: Ajoka theatre highlighted the message of peace and interfaith harmony through performance of acclaimed play Bulha and Banda at Aiwan-e-Iqbal complex on Saturday. The performance was part of the National Minority day program titled Minorities Rights beyond Promises and Assurances arranged by the Centre for Social Justice (CSJ) and People’s Commission for Minority Rights (PCMR), stated a press release.

Written by Ajoka’s Executive Director Shahid Nadeem, the play depicted a hypothetical confrontation between Punjabi poet Bulleh Shah and Banda Singh Bahadur; who used their respective ideologies to encounter tyranny of the rulers of that era. The play was a strong plea for love and peace in an indictment against intolerance, violence and hatred. 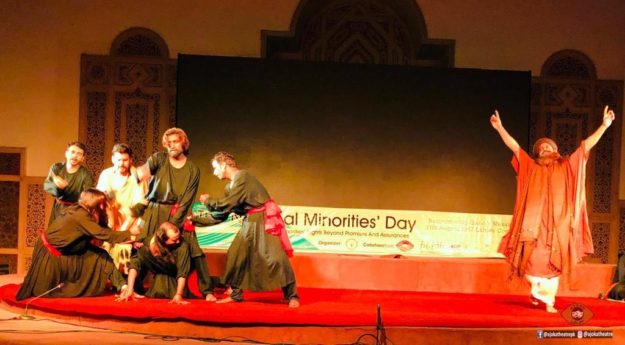 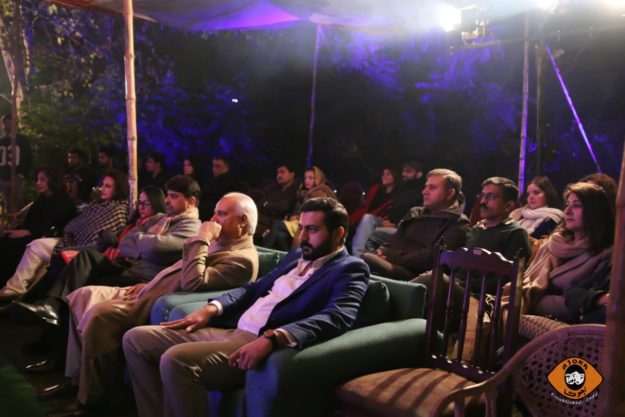 Before the performance, a documentary highlighting Ajoka’s work for the promotion of peace and tolerance through theatre was also screened.

It included famous scenes from Ajoka’s play, Dekh Tamasha Chalta Ban and others. 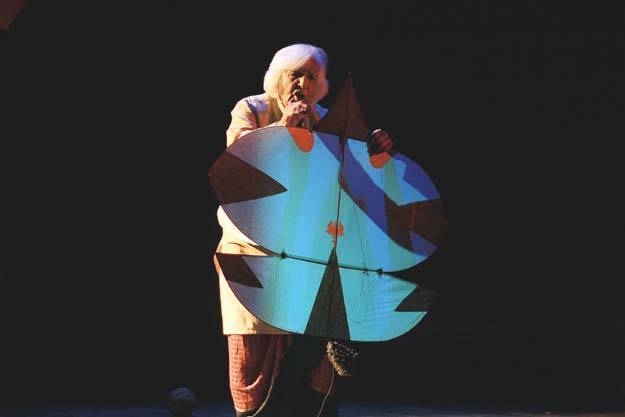 Shahid Nadeem spoke about Ajoka’s struggle for human rights, religious tolerance and interfaith harmony, saying that Ajoka was committed to promotion of enlightenment and rights for all.

The evening concluded with a qawwali performance by Khawar Ali Qawwal and Ustad Faiz Ali Faiz.