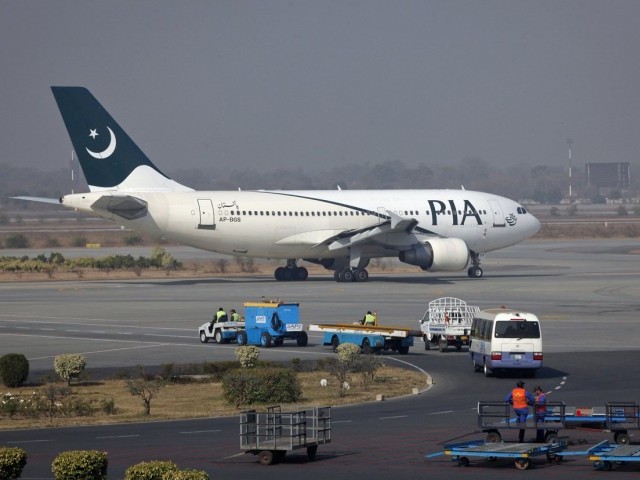 KARACHI: Revenues of Pakistan International Airlines (PIA) increased 30% in first six months of 2019, the Aviation Division said in its report.

“From January to June of the current calendar year, the national flag carrier achieved a breakthrough,” the Aviation Division remarked.

During the first year of the current government, the Aviation Division devised a business model to drag PIA out of the depths of accumulated losses worth Rs450 billion, according to the report.

The current government also initiated cost-reduction measures to narrow down losses of PIA. The airline played its part by bringing two grounded aircraft into service, which were expected to add more than Rs6 billion to its revenues annually.

The Aviation Division also framed the National Aviation Policy 2019 under which it issued tourism promotion and regional integration (TPRI) licences to steer tourism and regional connectivity, the report highlighted.

The division rehabilitated the runway, taxiway and apron at Saidu Sharif, Chitral, Rawalakot and Muzaffarabad (AJK) airports for tourism licences.

It also initiated the separation of regulatory and service provider functions of the Civil Aviation Authority to steer efficiency in aviation activities.

The authority has claimed to have created 3,200 job opportunities within or under the Aviation Division in line with the vision of Prime Minister Imran Khan of creating employment for the youth.

During 2019, PM Imran inaugurated the newly constructed Gwadar International Airport on March 29. The department also began upgrading the airfield lighting system at Gwadar and Quetta airports while undertaking a clean and green drive at all major airports of the country.

After a decade-long hiatus, British Airways resumed its flights to Pakistan during the period under review and currently operates on the Islamabad-London route only.

“The current government upgraded the Faisalabad airport,” added the report. “It also installed primary and secondary radars at Karachi and Lahore airports and Lakpass station.”

During the first year of the PTI government, the Airport Security Force (ASF) curbed laundering of different foreign currencies equivalent to Rs263 million and foiled attempts to smuggle 53.4 kg of gold worth Rs343 million, stated the report.

Authorities also seized narcotics including 285 kg of drugs of various kinds and 14 litres of liquid ice heroin besides seizing 385 weapons of all types and other ammunition numbering 14,027.

The ASF established joint search counters for the facilitation of passengers.

“Timely weather reporting is essential for the aviation sector. Pakistan Meteorological Department (PMD) manufactured 34 automatic weather stations indigenously at a cheap cost of $5,000 against the international market value of $22,000-25,000,” said the report.

The PMD also upgraded and installed weather radars in Lahore and Sukkur in collaboration with Japan and upgraded 42 observatories in Punjab and Sindh for sharing data swiftly.

It installed new weather radar at PMD headquarters, Islamabad to be able to make improved short-range forecasting for 3-10 days.