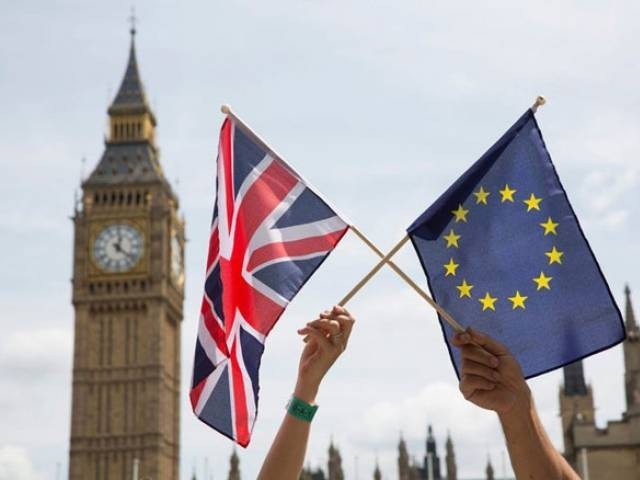 LONDON: Britain said on Monday it will immediately end freedom of movement for people from the European Union after Brexit on October 31, in a policy shift under Prime Minister Boris Johnson.

“Freedom of movement as it currently stands will end on October 31 when the UK leaves the EU,” a Downing Street spokesperson said.
She added the government planned ‘tougher criminality rules for people entering the UK’ as part of the new hardline stance.

“Details of other changes immediately on October 31 for a new immigration system are currently being developed,” the spokesperson said.

The change comes amid growing fears Britain is set to leave the 28-member bloc without a divorce deal in two and a half months.
Around 3.6 million EU citizens already in Britain have been told to apply for “permanent settled status”, under an interior ministry scheme started by Johnson’s predecessor Theresa May.

So far only around one million have signed up for the status.
May’s government said in January that it would end free movement “as soon as possible” after a no-deal Brexit, but keep allowing EU arrivals “for a transitional period only”.

Legislation drawn up to deal with the issue is stuck in parliament in the House of Commons gridlock over Brexit.

Johnson has said he favours a skills-based immigration system post-Brexit, but Downing Street is yet to unveil full details.
Critics representing EU citizens claim he is trying to evade parliamentary scrutiny of his changed stance towards new arrivals after Brexit — and fear those already in Britain could get mistakenly caught out.

“Ending freedom of movement abruptly on Oct 31 will lead to mass discrimination against potentially over 2 million EU citizens,” the 3million lobby group said on Twitter, calling the move ‘reckless’.