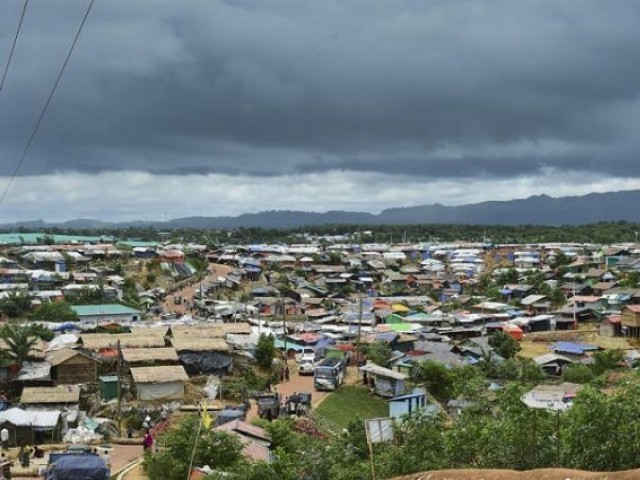 A general view of the Kutupalong refugee camp is pictured in Ukhia on July 24, 2019. PHOTO: AFP/FILE

COX'S BAZAR: Some 3,500 Rohingya refugees in Bangladesh have been cleared to return home to Myanmar beginning this week, a top official said Monday, and nearly two years after a military crackdown sparked their exodus.

Some 740,000 Rohingya fled to Bangladesh in August 2017 from a military offensive in Myanmar — joining 200,000 already there — but virtually none have volunteered to return despite the countries signing a repatriation deal.

Bangladesh refugee commissioner Mohammad Abul Kalam, however, said he was ‘optimistic’ about a new repatriation process scheduled to start on Thursday.

A previous attempt in November 2018 to return 2,260 Rohingya failed after they refused to leave the camp without guarantees for their safety.

“Everything is ready… the land transit point has been prepared,” Kalam told reporters after a meeting with Myanmar officials in Cox’s Bazar, southeast Bangladesh, where the refugees live in vast camps.

“Nobody will be forced to return unless they volunteer,” he said.

Bangladesh and Myanmar officials plan to repatriate 300 Rohingya each day, with some 3,500 refugees cleared to make the journey home, Kalam said.

The new push follows a visit last month to the camps by high-ranking officials from Myanmar led by Permanent Foreign Secretary Myint Thu.

Sunday will mark the second anniversary of the crackdown that sparked the mass exodus to the Bangladesh camps.

Kalam said Myanmar and United Nations officials were meeting with selected refugees on Tuesday to encourage them to return to Rakhine state.

The Rohingya, who are mostly Muslim, are not recognised as an official minority by the Myanmar government which considers them Bengali interlopers despite many families having lived in Rakhine for generations.