The boxing champ got a bit more than he bargai­ned for during a weird fan encoun­ter
By Entertainment Desk
Published: August 19, 2019
Tweet Email 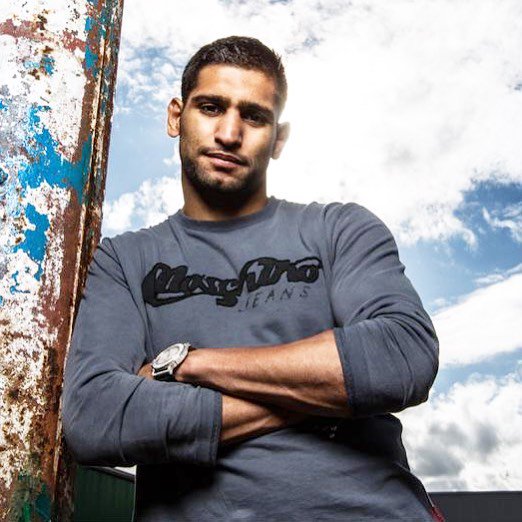 Boxer Amir Khan got a bit more than he bargained for when he took a selfie with a fan.

The former unified light-welterweight world champion shared the unfortunate incident on his Instagram stories, informing his followers of the perils being a celebrity can bring.

“A fan came to take a photo with me, as he was taking the photo he had the cheek to steal my phone off the table,” he wrote. “Really upsetting there’s people like this in the world.” 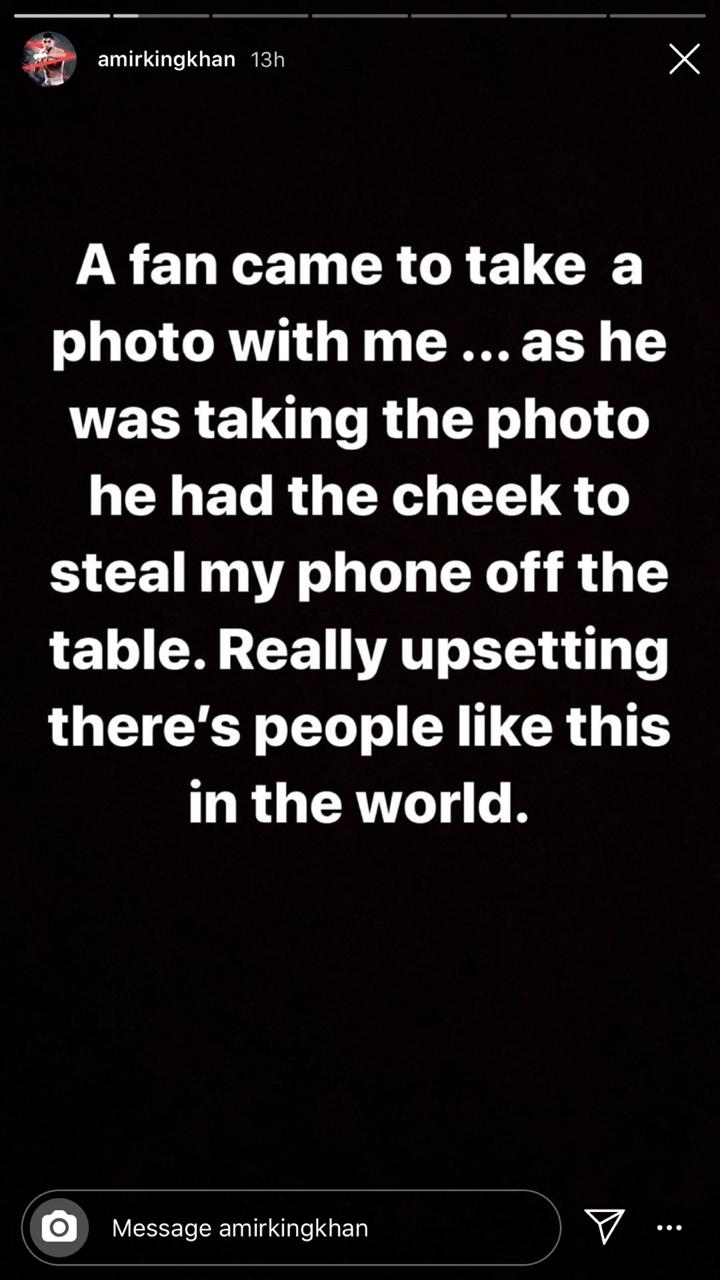 The 32-year old father of two had a controversial and painful encounter with arguably the world number 1 fighter, Terence Crawford, back in April this year.

However, Khan is not hanging up his gloves anytime soon, which did not go down well with his American-Pakistani wife Faryal Makhdoom. “She hates me fighting. She’s always said it, she hates me boxing and has never been a fan of me being in the ring,” he said to The Independent.

On the family front, Khan’s parents had a very public fall out with his wife’s family between 2016 and 2017. Makhdoom accused them of violence and bullying and in response they branded her as an “evil” and bad mother.

The public dispute led to Khan announcing he was divorcing his model wife but called it off when she announced she was pregnant with her second child.

The pair, who reside in England, recently celebrated Pakistan’s Independence Day by posting a photo together on Instagram with the flag.