59 test positive for dengue in Pindi

59 test positive for dengue in Pindi 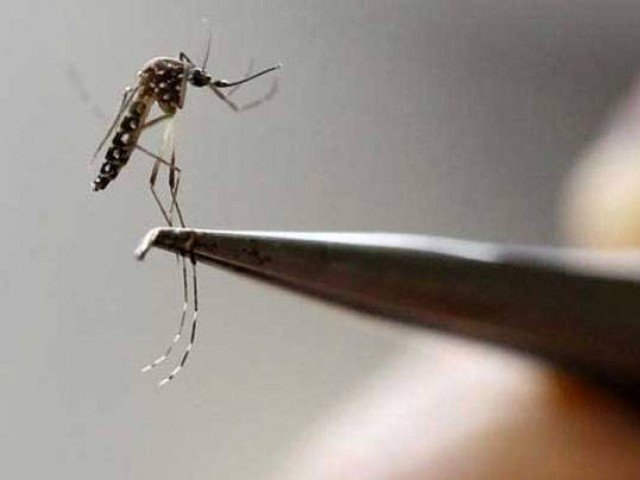 RAWALPINDI: With the monsoon season not yet over, as many as 59 people have tested positive for the dengue virus, including 36 from two housing societies in Rawalpindi. The district admiration and health departments have stepped up their surveys in an anti-dengue drive.

In this regard, the Rawalpindi Commissioner Saqib Zafar, Deputy Commissioner (DC) Ali Randhawa, Additional Deputy Commissioner along with other health officials visited the Airport Housing Society and Gulbahar Colony on Sunday to conduct anti-dengue inspections. As many as 36 people have tested positive for dengue from these areas alone. The teams conducted fumigation in the areas while several dengue larvae were also destroyed.

The commissioner and DC directed daily-wage employees to go door-to-door to guide people about measures to stop dengue larvae.

Officials also directed all related departments to completely focus on the anti-dengue campaign and to fulfil their respective responsibilities.

Meanwhile, 545 special teams inspected 77,897 houses under a special anti-dengue drive and a large number of spots in the Chaklala Cantonment Board, Rawalpindi Cantonment Board, Potohar and Rawal Town areas in the past week and cleared over 597 sites which had tested positive for dengue.

Randhawa directed the Rawalpindi Development Authority (RDA) and the administration of cooperative housing societies to expedite anti-dengue activities in their respective areas.

He said that as many as 36 dengue cases have been reported in Nawaz Colony, City Villas, Airport Housing Society, Dhoke Kala Khan, Gul Bahar Colony and Wakeel Colony in Potohar Town. The DC said special attention should be given to anti-dengue activities particularly in all areas where dengue cases were reported.

Sutlej threatens to overflow its banks