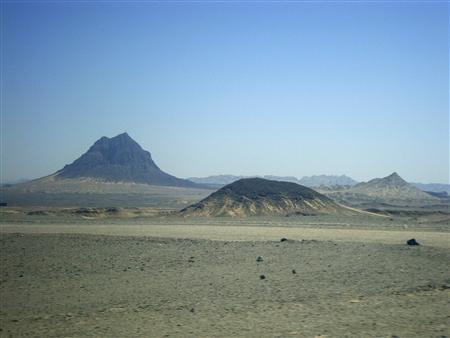 ISLAMABAD: The World Bank arbitration tribunal has levied a fine of $5.8 billion on Pakistan for allegedly violating contractual commitments with respect to Reko Diq copper and mineral deposits.

This is a great tragedy that has befallen us, costing almost the same amount of money as the International Monetary Fund (IMF) is providing. Prime Minister Imran Khan has rightly announced the formation of a commission to investigate the causes and suggest the way forward.

We have converted a resource blessing into a curse, although there is plenty of evidence in the economics literature that mineral resources are indeed a curse. Eminent economist Jeffery Sachs did a widely discussed study on the subject, concluding that mineral resources in developing countries have a negative correlation with economic growth.

The IMF has classified 51 countries as resource-rich – Pakistan has not been part of that list – of which 29 are low and lower-middle-income countries. Following trends have been noted in these resource-rich countries – extreme dependence on income from mineral exports, low savings rate, poor growth performance, and highly volatile budgetary income.

A meta-study finds that only 20% of the papers written on the subject find positive effects of minerals on economic performance and social wellbeing of people in mineral resource-rich countries, 40% of the papers find negative effects and the remaining 40% no effect.

General consensus and evidence seem to be emerging that the countries rich in mineral resources (including oil) tend to have lower economic growth, less democracy, and worst development outcomes.

There is weak evidence that Pakistan is a resource-rich country and greater indicators are that we do not have enough water and land, which contains resources. Most mineral producers – the US, Russia, Canada, Saudi Arabia, Iran, Nigeria, and others – have much higher per capita land availability. In any case, many resource-rich countries have not been able to acquire prosperity.

This backgrounder was necessary for the context of prevailing perception that Pakistan is a resource-rich country and resources help bring prosperity while the proposal of Tethyan Copper Company, which was working on the Reko Diq project, did not appear to be bringing prosperity on a large scale.

There was erroneous information about the royalty of 20% for China in case of a similar copper project named Mes Aynak. The Balochistan government prescribed a low royalty rate of 2% in its mineral rules.

Summarising, there were three major criticisms or misgivings about the Reko Diq contract. It did not offer sufficient revenues to Balochistan and the federation, second, local processing was limited to concentrate production and value addition in the form of a smelter was not provided. There was no insistence on the latter for a variety of reasons.

Apart from the flaws and issues in federal and provincial mineral policies, it is for sure that bribery and fraud have been committed for extracting concessions and relaxations from rules by provincial officials and politicians in the Reko Diq project.

Such persons should have been identified and held accountable in order to be able to avail the benefit of the legal clauses providing grounds for contract annulment, as is being done in the case of Karkey rental power project. May be, there is still some time to do this? There is no evidence that technical assistance from international financial institutions (IFIs) has been obtained to process the Reko Diq permission.

Tethyan has been awarded an income which it would have got by operating the project for decades. There cannot have been a better deal. Why should they negotiate now, although Tethyan chairman has announced its willingness to deal and settle with Pakistan? It may be only on the modalities of payment and nothing else? Whatever little legal options are left must be utilised by the government to have the tribunal’s judgement amended reasonably, if not the total reversal, so that Tethyan may be brought down to a reasonable deal.

The most, Pakistan can expect and get is the implementation of the original agreement, maybe with some dilution against Pakistan’s interests and certainly not any enrichment with respect to earlier demands.

We should also mobilise international public opinion against the judgement, may be by calling a convention of mineral-producing countries of the South. Even in the West, there is a sizeable body of public opinion, which wants reforms in the international mineral regime.

Finally, what should the Reko Diq commission do? Many things can be done. First, examine the mineral policies and regime and suggest reforms; second, examine the Tethyan contract and the history of negotiations, details of unwarranted relaxations and concessions, identify the culprits and suggest prosecution; third, propose measures for a possible deal with Tethyan or any other multilateral solution involving third parties and investors; complete the process in a maximum of three to six months avoiding long deliberations and siestas.