Case of corruption and economic growth in Pakistan

Case of corruption and economic growth in Pakistan 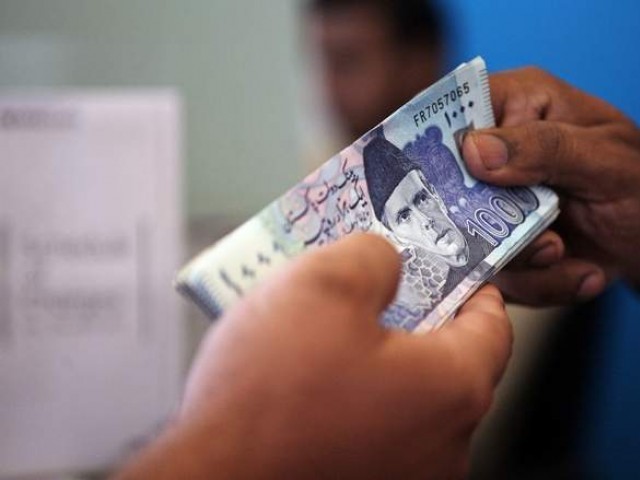 ISLAMABAD: While most Pakistanis struggle with stagnant incomes in recent times, they blame the systemic corruption in the body politic for their economic woes.

It is argued that less corrupt countries on average receive far more foreign investment per capita than the countries that score high on the Corruption Perception Index. Of course, there are some exceptions such as Bangladesh that boasts of high foreign direct investment (FDI) as well as a high gross domestic product (GDP) growth despite widespread corruption.

So what do the data on corruption and anti-corruption drive tells us about Pakistan?

According to the National Accountability Bureau (NAB) statistics, the bureau had the lowest success ratio in terms of prosecution back in 2010 and had the highest success ratio in 2016. Surprisingly, 2010 and 2016 mark periods of lowest and highest GDP growth rates respectively in the past nine years. Astonishingly, the correlation in both variables is more than 88%.

This brings forward a critical question: Do increased anti-corruption efforts lead to a higher GDP, or a higher GDP offers more opportunities for corruption and hence intensifies the war on corruption? The question is hard to answer explicitly because we can account for both.

Pakistan’s relatively high GDP in the past few years was fuelled by Chinese investments under its Belt and Road Initiative. Public Procurement Regulatory Authority (PPRA) rules were violated in the procurement process for these mega projects such as barring non-nominees of Beijing from bidding for motorway projects, leading to the lowest bid exceeding estimates by more than 100% in many cases.

All these procurement irregularities were given a legal cover by invoking Rule 5 of the PPRA Rules 2004 that allows the bypassing of any PPRA rule in conflict with federal government’s commitments arising out of any international agreement.

The current Pakistan Tehreek-e-Insaf (PTI) government has been leveling corruption allegations on these deals, especially the Multan-Sukkur motorway project. Despite a non-level playing field and alleged corrupt practices in some mega projects, Pakistan has still managed to boost its GDP considerably back then.

But now when the anti-corruption drive is in full swing and corruption is at its lowest, the GDP has taken a dive too and there aren’t any foreign investors ready to invest in the present climate. Approval of the main artery of the China-Pakistan Economic Corridor (CPEC) – ML-1 railway track – remains on the back burner as NAB has cracked down on some CPEC projects including the Multan-Sukkur and Havelian-Thakot motorway projects.

Bureaucrats in the P-block and railways ministry are more than reluctant to accelerate the approval of PC-1 from the Central Development Working Party (CDWP) and Executive Committee of National Economic Council (Ecnec) on fears of getting caught by NAB for irregularities in project paperwork later on.

The Chinese model of investment works well where we have autocratic governments (such as that in Cambodia) with little accountability of the modus operandi used by the political elite. But in countries where democracy is prevalent, it is hard to keep an angry opposition in check without ensuring transparency in such dealings. Bangladesh blacklisted China Harbour Engineering Company on corruption suspicions. Similarly, state-owned China Communications Construction Company (CCCC) was blacklisted by the World Bank on corruption allegations.

The concessions that the former Pakistan Muslim League-Nawaz (PML-N) government gave to fast-track CPEC projects are now haunting back its leadership as more and more megaprojects are being audited for fiscal irregularities.

This fight against corruption will, however, not necessarily strengthen democracy by itself. Government’s coalition partners don’t share the accountability vision, which could compromise the government’s principles of fairness – leading the whole campaign to fall apart.

In India, the AAM party’s campaign against corruption in Delhi state got compromised due to its relations with the central government – affecting the independence of proposed ombudsman.

In Pakistan, corruption is part of the operating system, so extensive reforms of the electoral system as well as of public machinery are required to address this menace. The prosecution of high-profile party leaders could be a distraction from pursuing these systemic reforms and rebuilding the ethical base of political parties.

It is important to make sure that the war on corruption is not seen as one against the political system or against specific political parties as the parties remain public brokers between private interests and political decisions.

The Lava Jato investigations in Brazil ended up damaging the entire polity in a fashion similar to things are rolling out in Pakistan.

Corruption is a cross-cutting issue with far-reaching negative implications for economic growth but it may also be an indicator of economic growth itself. Current rules of business don’t allow mega investments within stipulated deadlines unless investors are smart enough to “grease the wheels” for bypassing the rule of law itself that hampers these investments.

Democracy has become a coffee machine for the state that brews all that is put into it. Fill the hopper with poisoned beans of non-transparent dealings, non-level playing fields, and corrupt practices, and it will still brew it into a coffee, but there is slow death in the cup – though the caffeine will help the state survive another day.

We will continue to reap the poisoned fruit of this coffee machine unless politicians stop firing broadsides on each other and start debating on policy issues to draft better laws for attracting foreign investments but without any compromise on ethics and fair practices.

This is easier said than done when the entire electoral system depends on patronage and clientelism, and some shoot-from-the-hip speeches won’t help break ranks with these lobbyists and campaign coffers.