Three police­men among the injure­d in attack by rival group in proper­ty disput­e
By News Desk
Published: August 18, 2019
Tweet Email 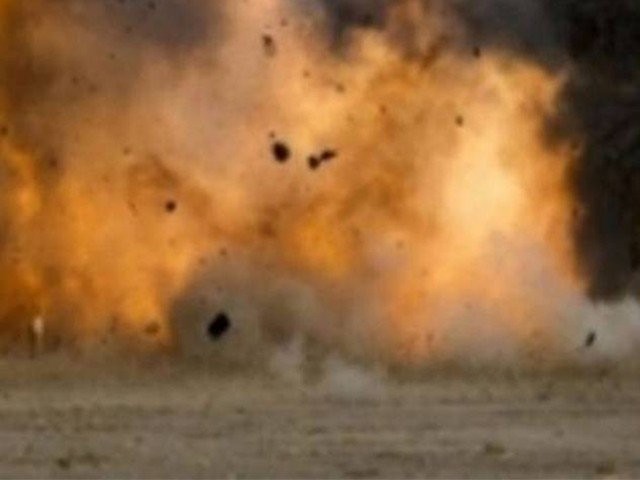 At least five people were killed and 17 others injured, including three police officers, as a remote control bomb went off near a passenger bus in Khyber-Pakhtunkhwa’s Upper Dir district on Sunday on Sunday.

Police said the bomb was planted by a group near the double cabin bus in a personal feud with a rival in the Gumadand area of the Sheringal tehsil.

K-P Information Minister Shaukat Yousafzai said the motive behind the blast was to cause harm to Haji Moutabir Khan who had a property dispute with a rival group.

Yousafzai added that two suicide attacks have taken place on Khan in the past as well.

“The two groups attack each other every chance they get,” he said.

The provincial minister said the rival group then fled to Afghanistan.

He said that a few days back another remote control bomb attack was carried out against Khan in which he came out unscathed.