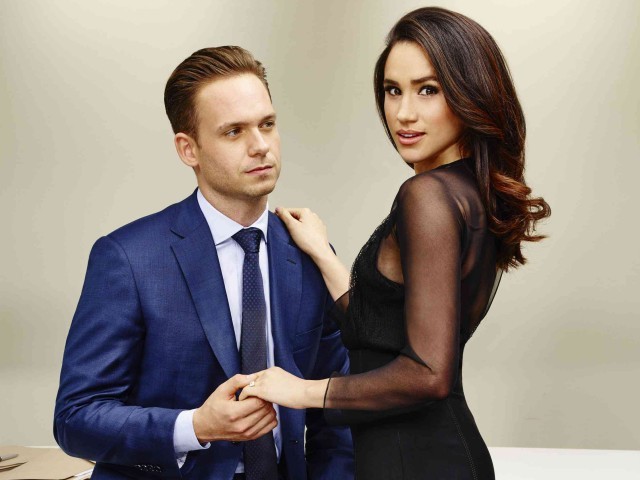 Twitter users are praising the writers of Netflix’s hit legal drama Suits for making a not-so-subtle reference to the Duchess of Sussex in a recent episode.

Meghan Markle joined the show in 2011 to play paralegal Rachel Zane. Following her engagement to the Duke of Sussex in November 2017, the former actor announced she would be leaving the show. She starred in her final Suits episode in 2018, reported The Independent.

However, that hasn’t stopped the show’s writers from making reference to the now Royal in its latest series. In a new episode, the duchess’ on-screen husband, Mike Ross (played by Patrick J Adams) is asked by another character how her character is doing.

“If I told you how good, you probably wouldn’t believe me,” Ross replies. Adams announced he would be leaving the show in January last year but has returned to play his former leading role in the programme for its final series.

On Thursday, Suits tweeted a clip of the episode referencing Markle, with the caption, “Turns out Rachel is doing really well.” In response to the clip, several fans of the duchess – who welcomed her first child, Archie Harrison Mounbatten Windsor with Prince Harry in May – have praised the programme for the sweet nod to Markle. “She turned out pretty good! That line was brilliant!” wrote one user. “This is actually an amazing line,” added another.

She turned out pretty good! That line was brilliant! @akorsh9 @Suits_USA

At the end of the seventh series of the show, Mike and Rachel got married and moved to Seattle to start their own law firm. Following her engagement, Markle confirmed she would be retiring from acting. “I don’t see it as giving anything up. I just see it as a change,” she said in her first joint interview with her then fiancé.

“It’s a new chapter, right? And also, keep in mind, I’ve been working on Suits for seven years. We were very, very fortunate to have that sort of longevity on a series,” she explained, adding, “I’ve ticked this box and I feel very proud of the work I’ve done there and now it’s time to work with Harry as a team.”

THIS IS ACTUALLY AN AMAZING LINE. I STAN.

Suits’ producer USA Network also congratulated Markle on her engagement at the time. “From all of us at USA Network and Universal Cable Productions, we want to send our most heartfelt congratulations to Meghan Markle and Prince Harry on their engagement,” the statement read.

“Meghan has been a member of our family for seven years and it has been a joy to work with her. We want to thank her for her undeniable passion and dedication to Suits, and we wish her the very best.”
Months later, Adams – who attended Markle and Harry’s wedding in May 2018 – revealed he too would be leaving Suits.

She has traded an entire family to be a Royal, shame on her: Meghan Markle’s sister

“It’s hard for me to imagine what words, in what order would sufficiently express my love and gratitude to all of the people who have made the last seven years possible,” Adams said in a statement.

That line was too cute

“From my unbelievably talented cast mates to our relentlessly committed crew, to the brilliant minds at USA, UCP and Hypnotic, to the legions of fans all over the world, every one of them dedicating so much of their time, energy and talent to make Suits what it is today — one of the most beloved and successful shows on television. “So I will choose the simplest words I have. Thank you. From the bottom of my heart, thank you.”