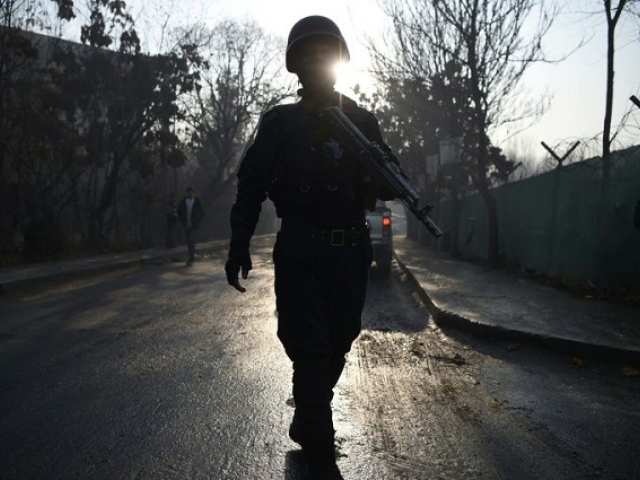 The attack in Kabul comes as the US and the Taliban attempt to reach a deal to eventually withdraw American troops from Afghanistan. PHOTO: FILE

KABUL: A suicide bomber killed more than 60 people and wounded scores, including women and children, as they celebrated a wedding in the Afghan capital, authorities said on Sunday, the deadliest attack in Kabul in recent months.

The Islamic State group on Sunday claimed responsibility the attack.

IS said one of its fighters blew himself up at a “large gathering” in Kabul while others “detonated a parked explosives-laden vehicle” when security forces arrived, in a statement posted on the Telegram messaging app.

The blast, which took place late on Saturday in the city’s west, came as Washington and the Taliban are in the final stages of a deal to reduce the US military presence in Afghanistan.

The Taliban denied any involvement in the attack.

Interior ministry spokesperson Nasrat Rahimi said at least 63 people had been killed and 182 injured. “Among the wounded are women and children,” Rahimi said. Earlier he stated that the blast was caused by a suicide bomber.

Afghan weddings are epic and vibrant affairs, with hundreds or often thousands of guests celebrating for hours inside industrial-scale wedding halls where the men are usually segregated from the women and children.

In the aftermath of Saturday’s attack images from inside the hall showed blood-stained bodies on the ground along with pieces of flesh and torn clothes, hats, sandals and bottles of mineral water.

The wedding was believed to be a Shia gathering.

Mohammad Farhag, who had been at the wedding, told AFP he had been in the women’s section when he heard a huge blast in the men’s area.

“Everyone ran outside shouting and crying,” he said.

“For about 20 minutes the hall was full of smoke. Almost everyone in the men’s section is either dead or wounded.”

Two hours after the blast, he said bodies were still being removed from the hall.

A mobile phone video which swiftly went viral shortly after the attack showed one man outside the hall with bloodstains on his clothes, his voice breaking as he explained he was searching for his brothers.

One guest who spoke to Tolo News said some 1,200 people had been invited.

The attack sent a wave of grief through a city grimly accustomed to atrocities.

This was a wedding. Imagine two family groups gathered for a celebration now bearing such unimaginable, paralyzing loss. https://t.co/ekVfMN3g9U

Insurgents have periodically struck Afghan weddings, which are seen as easy targets because they frequently lack rigorous security precautions.

On July 12, at least six people were killed when a suicide bomber attacked a wedding ceremony in the eastern Afghan province of Nangarhar. IS, which has a growing footprint in the region, claimed the blast.

Expectations are rising for a deal in which the United States would start withdrawing its approximately 14,000 soldiers from Afghanistan after a two-decade war that has turned into a stalemate.

In return, the Taliban would commit to various security guarantees, including a pledge that the hardliners who long harboured Al-Qaeda would not allow Afghanistan to once again become a militant safe haven.

The deal would allow America to exit its longest war, but few believe it will bring peace immediately to Afghanistan.

Many Afghans fear the Taliban could return to some form of power, eroding hard-won rights for women in particular, or the country descend further into a brutal civil war.

On Friday, Ahmadullah Azkhundzada, brother of Afghan Taliban leader Haibatullah Akhundzada, was among four people killed in a blast at a mosque in Pakistan’s southwestern Balochistan, a senior official with the provincial government said.

A statement released by the Foreign Office on Sunday said, “Pakistan strongly condemns the heinous bomb attack targeting civilians during a marriage function in Kabul yesterday. More than 60 innocent people have reportedly lost their lives in this dastardly inhuman act.”

“We express our heartfelt condolences to the families of innocent victims. We pray for the maghfirah of the deceased and for early recovery of many others who were seriously injured in the attack,” FO added.

“Pakistan condemns terrorism in all its forms and manifestations. Terrorism is a common threat for the entire region and must be defeated together,” the statement concluded.