Not a good first year in Naya Pakist­an, but a never-say-die Khan has the potent­ial to meet the people’s expect­ations­
By Editorial
Published: August 18, 2019
Tweet Email 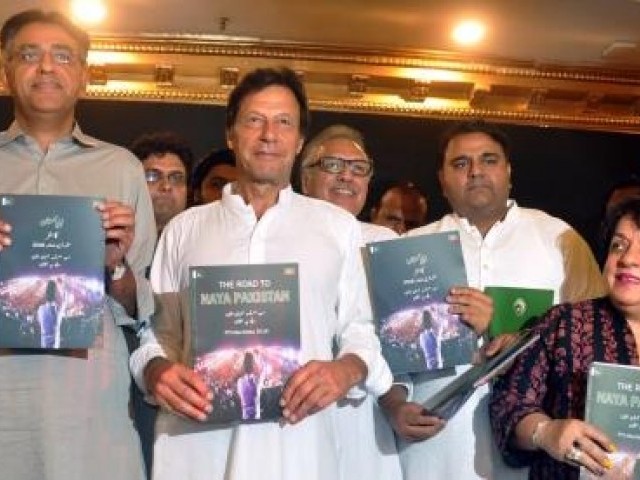 The Naya Pakistan of Imran Khan is one.

Exactly a year ago this day, the cricket legend and philanthropist successfully led his party, the PTI, into the power corridors and took up the reins of the Office of Prime Minister.

As we take a look at Khan’s one-year performance at the helm, his government is caught up in one of the toughest diplomatic challenges Pakistan has come across.

Khan’s government has performed reasonably well at the foreign front over the last one year — by successfully working towards resetting ties with the US; charming President Donald Trump into acknowledging Pakistan’s central role in the context of the Afghan peace process; and strengthening the relations with friendly Muslim countries and securing the much-needed financial help from them.

However, the real test of the diplomatic skills of the incumbent leadership lies in how it emerges from the delicate and dangerous situation arising out of India’s illegal annexation of occupied Kashmir.

On the economic front, the government’s handling offers nothing much to write home about, with key indicators depicting a grim economic outlook.

Economic growth rate has hit a nine-year low of 3.3%; inflation has turned into a double-digit demon at 10.3%; key interest rate has soared to an eight-year high of 13.25%; at Rs160 to a dollar, our currency has depreciated by 32%; there has been crash after crash at the stock market; both domestic and external debts have winged into historic highs.

An unprecedented Rs5.5 trillion tax-collection target has resulted in unbearable rise in electricity, gas and fuel prices which have turned consumer items costlier. The government’s claims of ensuring ease of doing business have also fallen flat.

The accountability drive is giving rise to political uncertainty which is also adding to the economic troubles. Governance — in the context of reforming bureaucracy, depoliticising the police, and tackling corruption — is a challenge that is only complicating with time.

And on legislation matters, the government’s performance leaves much to be desired.

Not a good first year in Naya Pakistan though, a never-say-die Khan has all the potential to live up to the people’s expectations and turn thing around.